Alexander Hernandez is scheduled to fight on the UFC 271 early prelims. It’s safe to say that ‘The Great’ isn’t thrilled about his placement on the card.

The 29-year-old is scheduled to fight former featherweight contender Renato Moicano on the card. UFC 271 takes place in Houston, Texas, the adopted home state of Hernandez. Despite the two fighters being well-known names, they’re slotted for the early preliminary card.

It’s safe to say that Alexander Hernandez isn’t happy with that placement. In an interview with MMAFighting, he stated that he found his spot disrespectful. 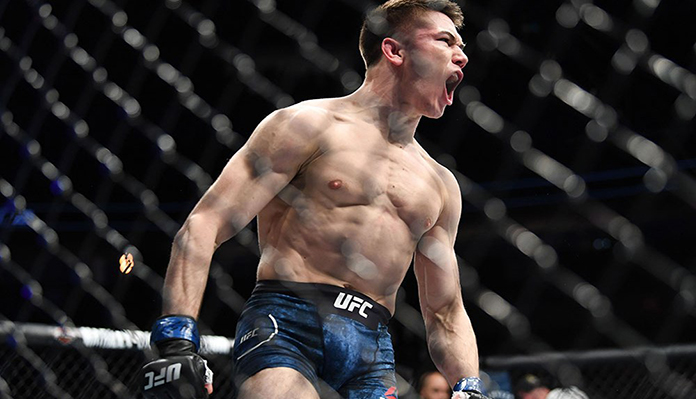 “Man, I’m fired the f*ck up because of the amount of disrespect that the UFC is showing me on this card. We have to wait four months and then I’m on the early f****** prelims. I mean, that incites such a rage in me so I’m coming to make a statement. I’m so fired up about that. I’m so pissed off and I’m so motivated, so I’m really eager to make a statement.” – said Alexander Hernandez on MMAFighting’s We Got Next podcast.

Hernandez continued, “I’m in my state, I’m practically in my city. The only other guy [from] there is Derrick Lewis and rightfully so, he’s the co-main. But how the f*ck did I get on the early, early prelims? It’s not even the prelims. Not on the main card, not on the [ESPN] prelims, it’s my peers that are barely above me, or people that are statistically below that are above me. I’m frustrated, plus we’re in Texas.”

If Alexander Hernandez is looking to make a statement, fans are likely in for a treat. As he showed in his last outing, ‘The Great’ has punching power in spades. His most recent trip to the cage saw him score a brutal first-round knockout over Mike Breeden in October 2021.

What do you think about Alexander Hernandez’s comments about his placement on UFC 271?