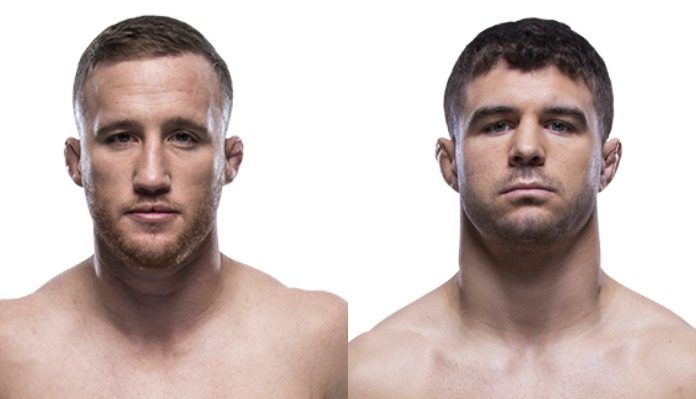 Al Iaquinta has fired back at fellow UFC lightweight contender Justin Gaethje, this after ‘The Highlight’ accused ‘Raging Al’ of “being scared” to fight.

Iaquinta, who faces Donald Cerrone in the main event of UFC Ottawa this evening, responded to Gaethje during a recent media scrum.

Iaquinta then proceeded to turn the tables on Gaethje by throwing out some accusations of his own.

“He poked Barboza in the eye. No one ever said anything about that. He poked him right in the eye. He’ll be just technical once he gets his ass kicked.”

For now, Iaquinta is focused on defeating ‘Cowboy’ Cerrone this evening in Ottawa.

However, if ‘Raging Al’ does prove victories tonight, don’t be surprised if the Long Island native turns his attention to Justin Gaethje in his post fight interview.

Would you like to see a future fight between Al Iaquinta and Justin Gaethje? Who do you think would win? Sound off in the comments section PENN Nation!