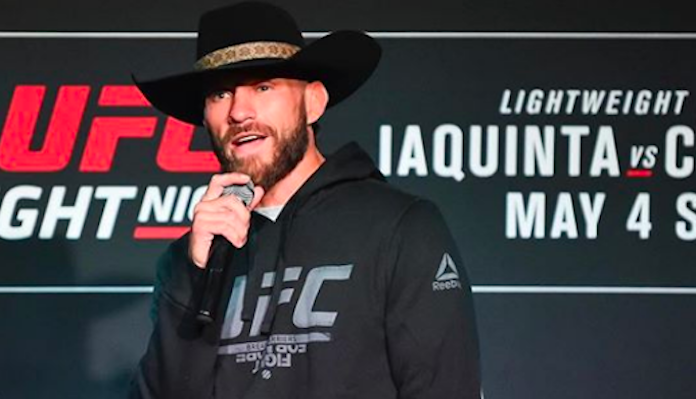 On Saturday night, the UFC returns to Canada with the compelling UFC Ottawa card.

This card will be topped by a lightweight contender clash between beloved action fighter Donald “Cowboy” Cerrone and surging New Yorker Al Iaquinta. The winner will be well positioned for a shot at the UFC lightweight strap.

The UFC Ottawa co-main event will occur in the middleweight division, where Canada’s own Elias Theodorou will look to pick up one of his biggest victories yet at the expense of American wrestling specialist Derek Brunson.

Other highlights of this exciting looking card include appearances from names like Cub Swansons, Walt Harris, Brad Katona, and Macy Chiasson.

On Friday morning, the fighters on the UFC Ottawa bill stepped onto the scales to weigh in for battle.

Al Iaquinta and Donald Cerrone both made weight for the card’s main event. Undercard fighter Macy Chiasson initially missed the bantamweight limit, weighing in at 137, and was given one more hour to shed the remaining pound. She made weight on her second attempt.

Here are the official weigh in results for the card (via MMA Junkie).