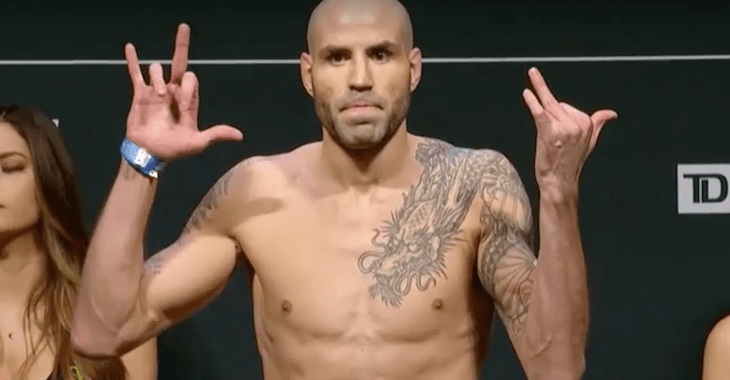 Round one begins and Saunders lands a kick to the body to start things off. He throws a head kick but it is blocked by Jake. Ellenberger presses forward but eats a kick to the body for his troubles. Saunders is utilizing a lot of movement early on. Jake leaps in with a right hand and then forces Ben against the cage. The fighters trade knees and battle in the clinch. Saunders lands a big knee to the body that drops Ellenberger. Ben immediately jumps on Jake with some ground and pound and this one is all over folks. Impressive first-round victory for Ben Saunders.

Saunders crumbles Ellenberger with a nasty knee to the body. pic.twitter.com/Elz6IbyDbp

Ben Saunders def. Jake Ellenberger via TKO in Round 1