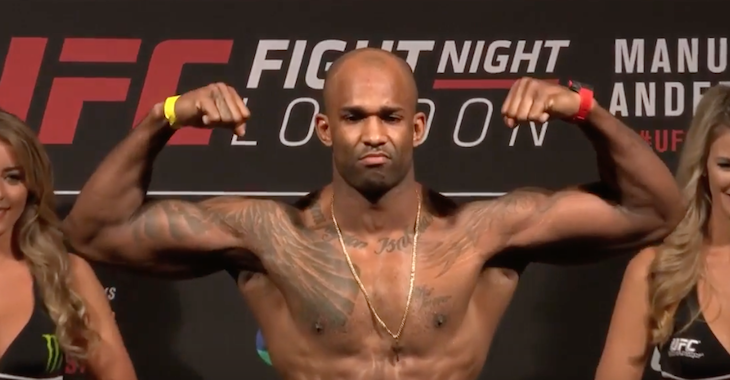 Round one begins and the fighters touch gloves. Manuwa takes the center of the octagon. Anderson is circling on the outside and lands a low kick to start. He shoots in for a takedown attempt but Jimi is not allowing it. Manuwa with a beautiful left hook to the body of Corey. Anderson pushes forward with a jab but then opts to circle out of the pocket. Manuwau with a low kick but Anderson fires back with a combination. Manuwau with a nice kick to the body but Anderson shoots in for a takedown. It is not there. He circles away from Manuwa but then comes forward with another takedown attempt. Once again Jim defends the shot. Manuwau with a hard left jab that sends Anderson to a knee. Anderson gets up and circles out. Manuwa presses forward and lands a left that absolutely floors Anderson. Walk off KO for “The Poster Boy”!

It only takes one 😴 😴 😴@PosterboyJM gets it done on home soil by KO!! #UFCLondon pic.twitter.com/tC8M6dF4BC