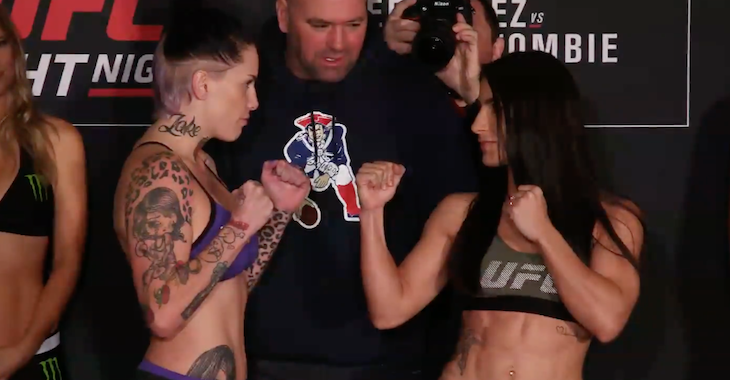 To kick off the preliminary card of ‘UFC Fight Night: Houston’, UFC women’s strawweights Bec Rawlings and Tecia Torres stepped into the Octagon for a highly anticipated scrap.

The fight was even through the first round, as both women traded punches, with Torres landing a higher volume of significant strikes. In the second round, Rawlings came out aggressive as she looked to pressure Torres against the cage. With two minutes left in the second round, Torres landed a takedown and secured Rawlings back, controlling Rawlings throughout the remainder of the round, and securing an armbar as the round ended. In the third round, it was more of the same as the pair exchanged strikes before Torres secured a takedown and controlled the remainder of the fight.