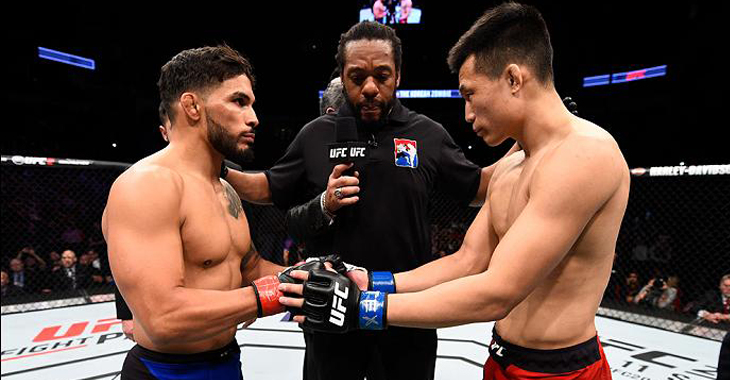 This past weekend, fight fans tuned in for an action packed night of fights capped off by the triumphant return of The Korean Zombie Chan Sung Jung as he knocked out Dennis Bermudez in the very first round. In the co-main event, ‘The Ultimate Fighter: Season 20’ alum Felice Herrig stepped into the Octagon for a highly anticipated fight with undefeated ranked female strawweight Alexa Grasso. Herrig put on a spectacular performance as she picked up an impressive unanimous decision win, likely catapulting her into the top 10 of the UFC’s official strawweight rankings.

Also on the main card, TUF veteran James Vick picked up a dominant win over Abel Trujillo as he picked apart Trujillo on the feet before picking up a 3rd round submission win over the UFC vet.

Below you can see the UFC Houston medical suspensions, courtesy of MMAJunkie:

Unfortunately, as you can see above, seven fighters received indefinite suspensions, including Curtis Blaydes who picked up a dominant win over Adam Milstead where he showcased his dominant wrestling as he picked up a 2nd round win.