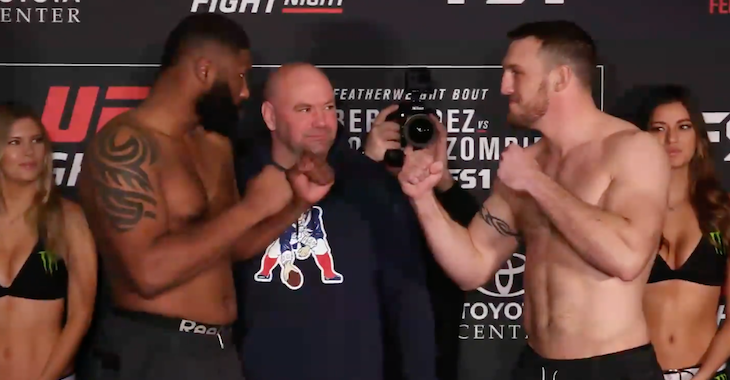 In the final fight on the UFC Houston prelims, Curtis Blaydes & Adam Milstead stepped into the Octagon for a highly anticipated heavyweight tilt.

Second round starts as Brian Stann and Jon Anik confirm that Milstead’s knee is injures. Blaydes once again gets the clinch against the cage. Blaydes takes Milstead down as he screams in pain and the referee calls the fight.