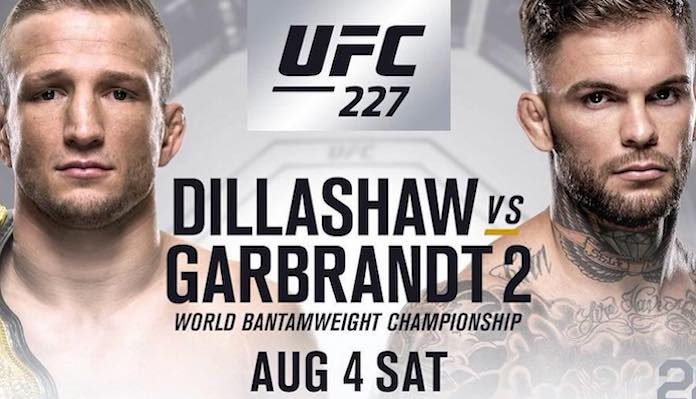 Unable to catch tonight’s Ultimate Fighting Championship pay-per-view event from Los Angeles? BJPENN.com has you covered for all of this evenings UFC 227 results!

The former teammates turned bitter rivals, Garbrandt and Dillashaw first met at November’s UFC 217 event in New York. After being dropped in the first-round, Dillashaw would storm back to earn an impressive knockout victory in round two.

The co-main event of UFC 217 will feature flyweight kingpin Demetrious Johnson defending his title in a rematch with streaking contender Henry Cejudo.

Get all of the UFC 227 live results below: