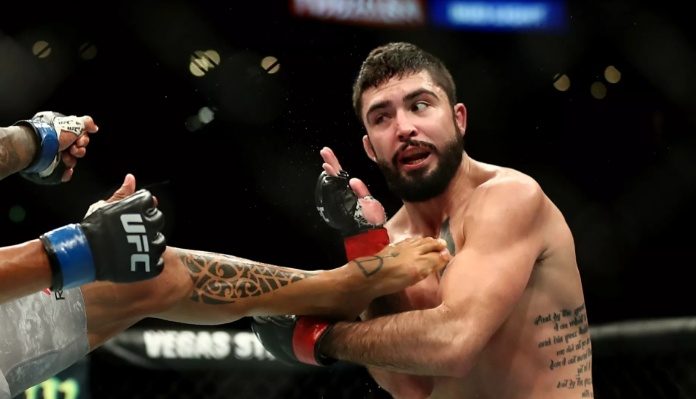 UFC 227 this past Saturday delivered on a variety of levels. As per every fight night, not everyone gets to go home happy. Some less than others.

In the event’s preliminary portion of the card, UFC newcomer and a winner on season 1 of Dana White’s Tuesday Night Contender Series, Matt Sayles debuted opposite Sheymon Moraes.

In a competitive fight that saw Sayles get stronger as the fight went on, it ultimately wouldn’t be enough as Moraes would earn the unanimous decision victory.

But along the way, things could have been very different had proper officiating been reinforced.

Throughout the course of the three rounds, Sayles suffered four pokes to the eye from Moraes with none resulting in point deductions.

Whether intentional or not, under the new unified MMA rules (which this fight was) fouls are to be enforced more leniently. Two fouls are the general minimum that a fighter can get away with just warnings. Anything beyond that should absolutely equal point deductions.

Because of this, Sayles lost a fight he could have came out the winner in or at the very least a draw. On top of that…he suffered a torn retina and now requires laser eye surgery, reports Ariel Helwani.

Matt Sayles suffered a torn retina as a result of the multiple eye pokes suffered in his loss to Sheymon Moraes at UFC 227, according to his team. He’s undergoing laser eye surgery tomorrow. Worth noting, no points were deducted during the fight.

Now training under the wing of Eric Del Fiero and Dominick Cruz at Alliance MMA, Sayles is 7-2 in his professional career.

At only 24-years old, this is a very unfortunate type of injury to have suffered and will hopefully be a springboard for referees to further enforce rules to prevent things like this from happening again.