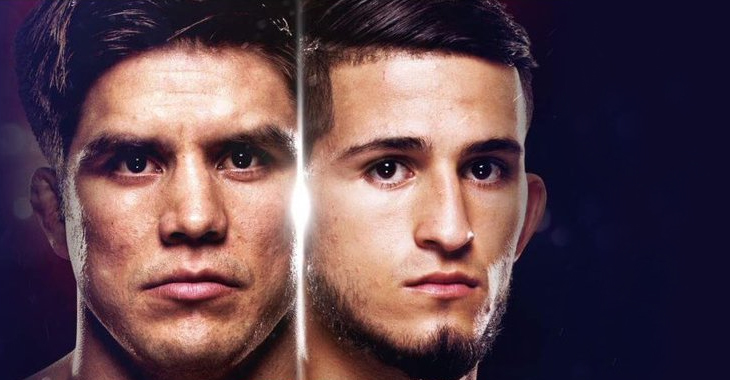 Round one begins and both men fire off early low kicks. Henry Cejudo throws a right and tries to close the distance. Pettis circles out and paws with his left jab. Henry ducks under a strike and scores a takedown. He immediately moves to side control. Sergio attempts to scramble but gives up his back. Cejudo is working some good knees to the body from the position. Another scramble and Pettis gets half guard. He eventually works his way back to full guard. Cejudo with a good punch from the top. Pettis is looking for an armbar. Cejudo is not having it and presses Pettis’ shoulders to the floor. Cejudo with a right hand. He postures up and then lands a nice punch. He scores with a hammer fist and then a knee. The horn sounds to end round one.

Round two begins and Cejudo lands a hard kick to the body. Pettis returns fire with a crisp jab. Another good jab lands for Pettis. He circles out and then throws a right hand. Henry steps in with a flurry, he shoots for a takedown and gets it. Cejudo works some short shots and then step into half guard. Pettis quickly scrambles back to full guard. Sergio scoots towards the fence in an attempt to wall walk. Pettis scrambles and gets back up to his feet. The fighters trade some decent shots on their feet before the horn sounds to end round two.

Round three begins and Pettis lands a nice counter right hand. Cejudo returns fire with a kick and moves forward. Pettis with another nice counter right. He follows that up with a left. Pettis seems to be more comfortable early on here in round three. Henry shoots in and scores another easy double leg takedown. Henry Cejudo is having trouble getting off any offense here. He postures up and lands a big right hand. Pettis attempts to scramble back to his feet but he cannot. Henry attempts to take his back but Pettis stands back up. The fighters clinch against the cage. Pettis breaks free. Cejudo lands a nice left hook. He follows that up with a head kick which is blocked. Pettis foes for a high kick. Under a minute remains. Cejudo with a shot to the body. Pettis with a left jab. He throws another. He needs to do something. Seconds remain now. Pettis shoots for a takedown but Henry sprawls and the horn sounds to end round three.