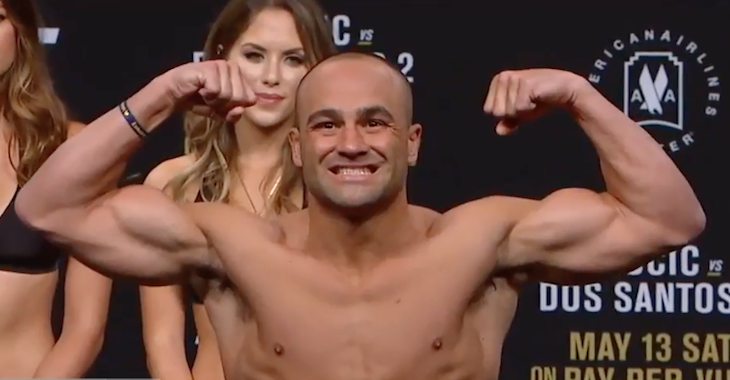 Lightweights @EAlvarezFight vs @DustinPoirier is underway NOW on FX! Last fight before the PPV! #UFC211 pic.twitter.com/hm0570TcMg

In round two Dustin Poirier was able to catch Alvarez with a huge left hand that had Eddie in all sorts of trouble. Dustin continued to pour on a ton of shots before Eddie somehow turned the tide by landing a big right hand of his own. A bloodied up Alvarez began to put on the pressure and eventually scored a takedown. Eddie tried to work for a guillotine choke but Dustin was able to escape the hold. As Dustin was attempting to stand back up Alvarez caught him with a pair of knees the second of which was definitely illegal. Herb Dean stepped in and after being looked at by the doctors Poirier was deemed unfit to continue.