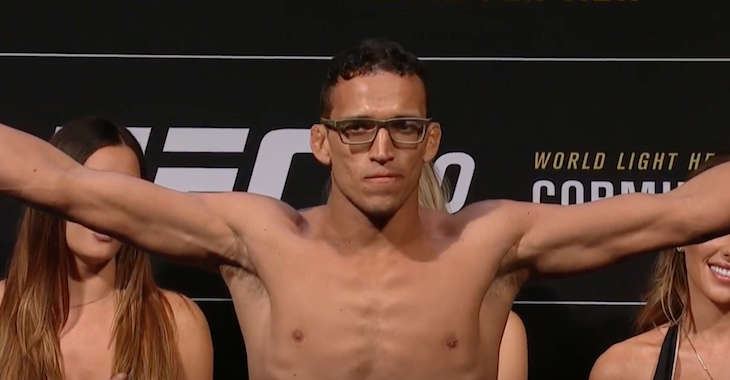 A lightweight bout between Will Brooks and Charles Oliveira kicked off tonight’s UFC 210 main card in Buffalo, New York.

Round one begins and Oliveira lands a hard leg kick to start. He attempts a second low kick that misses. Brooks presses forward and lands a jab. Both men trade leg kicks. Brooks lands a nasty left kick to the body of Charles. Oliveira circles and then shoots in and scores a takedown. Will is trying to wall-walk but Oliveira drags him back down to the floor. He quickly transitions to the back of Brooks and begins working for a rear-naked choke. He locks in the submission while Brooks is still on his feet. The hold is in deep and this one is over. Brooks is forced to tapout.