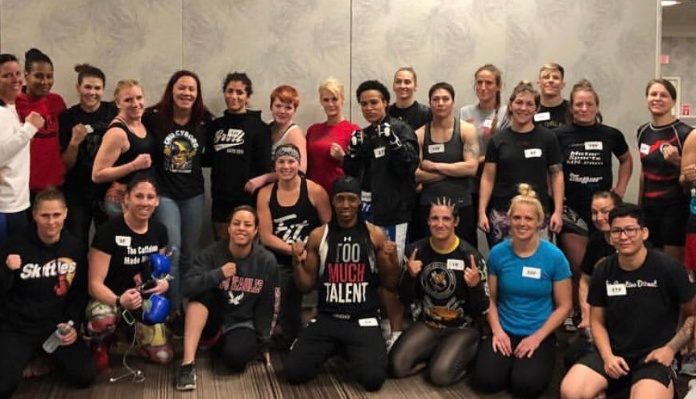 One season of The Ultimate Fighter concluded last week so now it’s onto the next. With potentially the next season being the show’s last, we’re getting heavy hitters.

At the TUF 27 Finale this past Friday, it was announced that the coaches for TUF 28 would be UFC middleweight champion Robert Whittaker and his next challenger Kelvin Gastelum. Both Whittaker and Gastelum are past winners of TUF. Gastelum on season 17 and Whittaker on TUF: The Smashes.

With the coaches revealed, we now know the full cast which will be featuring heavyweights and female featherweights. Check it out below

Most notable out of the group of heavyweights is Josh Parisian.

The featherweight bunch is a lot more interesting as some obvious choices out of those who tried out did not make the cut.

Of those selected, we got two fighters who are currently in or have been in the UFC with Leah Letson and Larissa Pacheco. Five fighters who have fought for Invicta FC and five who have competed in one or fewer fights at featherweight.

The season premieres on August 29 on Fox Sports 1. The TUF 28 finale will take place on Friday, November 30th at The Pearl at Palms Casino Resort in Las Vegas, NV.