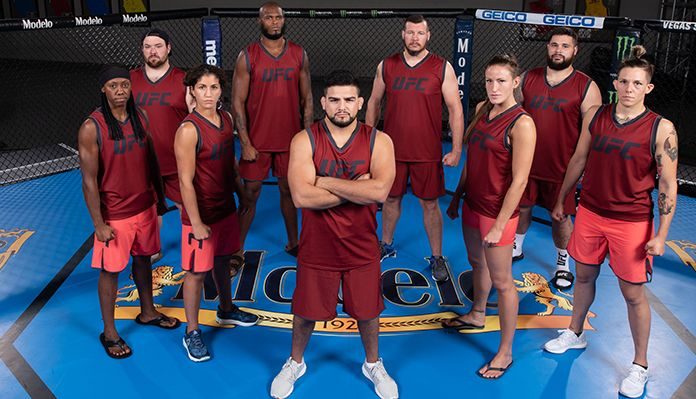 The Ultimate Fighter (TUF) is a place for fighters to try and reach their goal of fighting in the UFC. The rules are simple, win the season, get a UFC contract. Along with that, the fighters all live in a house together where arguments and drama often take place. But at times, the house has also created friendships. That’s just what happened this season as teammates Maurice Greene and Justin Frazier created a lifelong friendship inside the house.

The two immediately bonded at tryouts where both of them believed they would be in the house together.

“I met Maurice at tryouts and we hung out all week. We mixed up well,” said Frazier to BJPENN.com in a recent phone interview.

Since then, Greene and Frazier were lucky enough to become friends. At first, it started as just two heavyweights as teammates. However, as the season went along, the two started to find more in common. One thing they had in common was the fact they are both parents.

“I guess maybe it is because we are the only two family men in the house. We both had kids and he is basically married, he has been with his lady for several years and I’m married and I have kids,” said Frazier. “There is only one other person in the house who had kids and he was a foreigner, and we talked to him we got along with him. Maurice ended up fighting him in the first round, PM (Przemysław Mysiala). I guess that is one reason why we bonded together.”

“I was just missing my kids looking at their pictures, it brought me to tears. Same thing with Justin,” added Greene. “We were in the van one day and I’m like ‘man, I know my daughter misses me’ and Justin is crying and goes ‘I know, my son misses me too.’ We just had a moment thinking about our family. He is like me, he is with his son every day. I was homesick. Towards the end was the toughest test because you know you are that close to being home but it is still that far away because you are cut off from the outside world.”

The two knew what each other were going through with the family issues and became a comfort for each other. Not only that, but the two generally got along. On every episode, you can see Greene and Frazier training together at the gym. However, when they weren’t training and were at the house, the two were often seen by the pool or playing yard games. The friendship they created was one of the strongest ones of the season, according to both of them. But it wasn’t just a friendship during the show, rather a friendship that has lasted outside of the house.

“I think Maurice and I would’ve been friends, pretty good friends in the house regardless if we weren’t on the same team. That helped,” said Frazier. “Since then, we have stayed in touch and it is just two guys who got along really well”

The two will remain friends, even if Greene gets past Juan Espino in the semi-finals and has to fight Frazier in the finals. The bond they created inside the TUF house is special, and both are rooting for each other in their fighting careers. The hope is both make it to the UFC and both have success in the promotion.

For now, however, the two friends are both training and waiting for what is next in their fighting careers. One thing is known for sure though, is that the two will remain friends regardless. That is all thanks to TUF.

Check back on Wednesday where Justin Frazier talks about his time on TUF and now fighting in the finale.