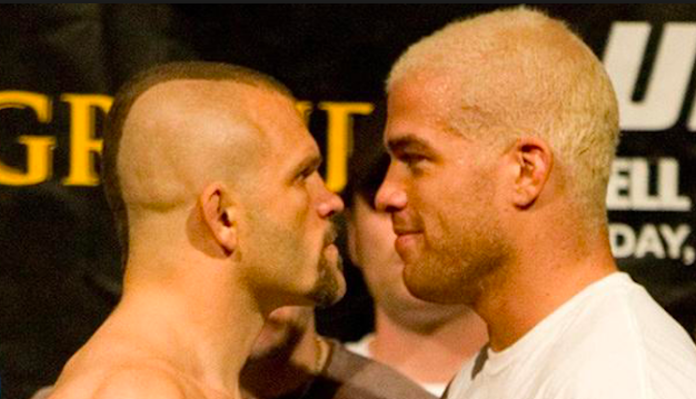 It’s happening. Former UFC light heavyweight champions and irrefutable MMA legends Chuck Liddell and Tito Ortiz are going to fight for a third time later this year, in the first offering from Oscar De La Hoya’s new Golden Boy MMA promotion. A date for the fight, which will air on pay-per-view, has not been set, but both parties have agreed to the fight.

News of this fight’s fruition comes from ESPN’s Brett Okamoto.

“I’m proud to announce we’ve signed a deal for the fight between Chuck Liddell and Tito Ortiz,” De La Hoya said in a statement to ESPN. “This will be huge for sports fans around the world. Ortiz and Liddell are two of the most recognized fighters in MMA history. They are legends in the sport.

“Everyone remembers their rivalry helped put the sport on the map, and we’re excited to host the next and final chapter of this historic rivalry.”

The 48-year-old Chuck Liddell has not fought since June of 2010, when he was knocked out by Rich Franklin. This loss was Liddell’s third straight by way of knockout, as he’d also recently been put down by Mauricio “Shogun” Rua and Rashad Evans. Chuck Liddell is 21-8 overall.

The 43-year-old Tito Ortiz, meanwhile, has competed much more recently. His last fight occurred in January of 2017, in the Bellator cage, where he defeated Chael Sonnen by decision. He’s 19-12-1 overall.

Chuck Liddell defeated Tito Ortiz in both of their previous outings, both times by way of strikes. Given Liddell’s age, and Ortiz’s far more recent bouts, however, we can probably expect Ortiz to enter this third fight as a significant betting favorite.

Who do you think will come out on top in Tito Ortiz and Chuck Liddell’s third fight?