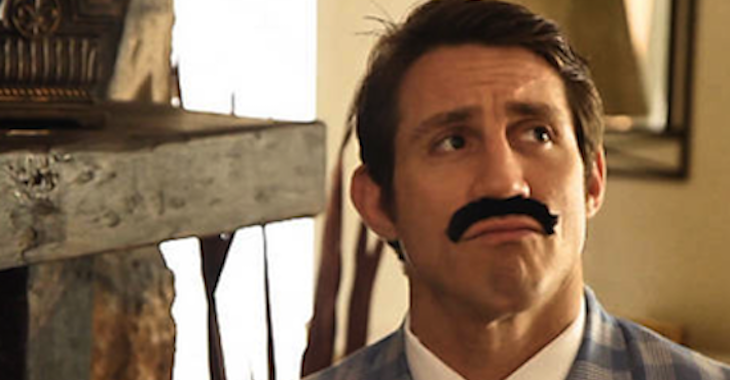 In mid 2015, the UFC partnered with the United States Anti-Doping Commission (USADA) in an effort to crack down on performance enhancing drug use and clean up the sport. So far, the agency’s efforts to do so have been quite fruitful. It seems that every week, a new fighter is notified of a potential violation, and many of these fighters have been extremely high profile.

Unfortunately, USADA has to go to pretty intense lengths to ensure no PED-user slips through their nets, often showing up at fighters’ homes unannounced and at inconvenient hours. While these efforts are undoubtedly for the best in the long run, it should come as no surprise that they can occasionally get a little uncomfortable, too.

In a recent episode of Donald “Cowboy” Cerrone’s BMF Ranch podcast, UFC middleweight Tim Kennedy gave an example of the often uncomfortable interactions fighters can have with USADA. Kennedy is being tested in the lead-up to a UFC 205 bout with Rashad Evans.

“Last time I got tested, like a week ago, this guy came into my house and I’d just came back from a workout,” Kennedy explained on the show. “He was like, ‘We can’t take blood for an hour,’ and I was like, ‘Well, I just got done with a workout. Can I take a shower?’ He said he had to visually keep his eyes on me the whole time so I was like, ‘Well, I’m taking a shower,’ I walked into my bathroom, took my clothes off and he walked into the bathroom with me and watched me shower.”

“He was like, ‘Are you serious?'” Kennedy continued. “So I said, ‘Shall I rinse again? Shall I use more soap? Are my balls clean?’ He 100 percent watched me. I’m not going to sit there dirty after practice.” Despite this uncomfortable encounter, Kennedy reiterated that USADA’s efforts are for the best. He is, after all, one of the most vocal opposers of PED-use in the UFC.

“I think it’s kind of weird and intrusive, but I love USADA,” he said. “I love that they can just come and do it any time. I think they gotta remember that they are coming into our home. I’m not sure people understand how intrusive it is.”

Kennedy, of course, is not the first fighter to strip down in front of USADA representatives. Earlier this year, rising featherweight contender Teruto Ishihara outlined a similarly awkward encounter with the drug testing agency.

Do you think USADA could be a little more courteous in the facilitation of their tests, or are they simply doing what they have to do? Sound off, PENN Nation!