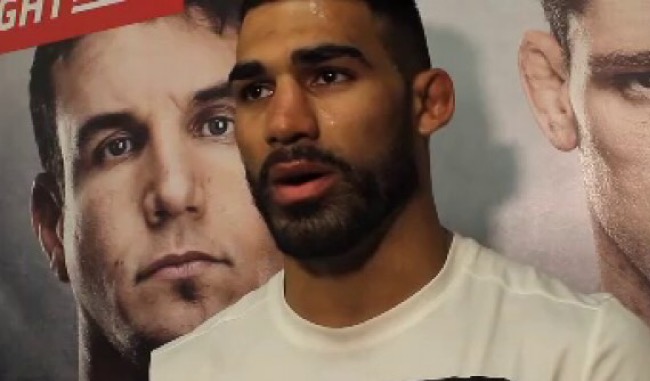 New York native Lyman Good is no longer set to compete on the UFC’s first-ever event in the Empire State.

The former Bellator 170 pound champion and current UFC welterweight was flagged for a USADA violation according to the UFC’s website.

The news of Lyman Good’s potential USADA violation broke on Monday, just weeks away from UFC 205.

The UFC posted this press release to address Good’s removal from the card:

“The UFC organization was notified today that the U.S. Anti-Doping Agency (USADA) has informed Lyman Good of a potential Anti-Doping violation stemming from an out-of-competition sample collected on October 14, 2016. USADA has provisionally suspended Good based on the potential anti-doping violation.

Good was scheduled to fight Belal Muhammad in New York at UFC 205. The UFC is currently seeking a replacement to fight Muhammad.” Good, a New York City native who grew up in East Harlem in Upper Manhattan, made his spot on the card even more meaningful for the 31-year-old. He made his UFC debut in July, when he brutally knocked out Andrew Craig in the second round.

Prior to his successful octagon debut, Good (19-3-1) won the Bellator welterweight title in 2009 before losing the belt to eventual long-time champ Ben Askren in 2010.

Good was initially set to take on Belal Muhammad on November 12 for UFC 205 before the UFC pulled him from the card altogether following a failed out-of competition test collected on October 14. There’s no word yet on what exactly he tested positive for.

It’s still unclear whether or not Muhammad will remain on the card, however the UFC is seeking a replacement opponent for Muhammad in light of recent revelations over Good’s potentially failed USADA test.

Good hasn’t lost a fight since dropping a decision to current Bellator welterweight champ Andrey Koreshkov back in 2012. He’s gone 5-0-1 in his last six bouts, finishing all but one of those victories.

How do you feel about Lyman Good’s potentially failed USADA drug test? Who would you like to see Belal Muhammad take on instead? Sound off, PENN Nation!