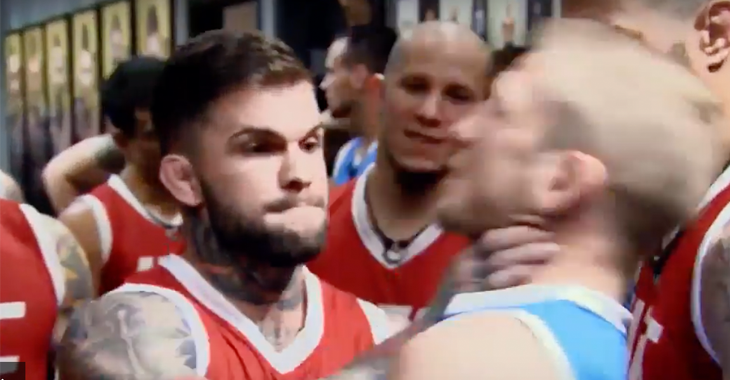 Season 25 of The Ultimate Fighter seems to have people pretty excited. Between the sizzling beef shared by bantamweight champion Cody Garbrandt and estranged former teammate TJ Dillashaw, the “redemption” theme of the cast, which is composed of a handful of TUF veterans, and the typical in-house machismo and drama, there are some great reasons to tune in. Apparently, however, TUF 25 is not off to a great start from a viewership perspective.

Despite the seemingly numerous reasons to watch this latest season of the long running show, its Wednesday night debut on Fox Sports 1 attracted the smallest audience ever for a premiere episode of The Ultimate Fighter. According to Showbuzz Daily (via MMAPayout.com), this first episode of TUF 25 drew in a paltry 288,000 viewers. For those unfamiliar with television viewership numbers, that is very low, especially for the premiere of a well-established franchise.

To make matters worse, this disappointing TUF 25 debut is part of a downward trend that is bound to have the team behind TUF pretty concerned. The second lowest viewership for a premiere episode of the show occurred in the next most recent season, TUF 24, which was coached by Joseph Benavidez and Henry Cejudo and featured a cast of flyweight champions from around the world. This premier clocked in at 370,000 viewers.

The point here, of course, is not to write a eulogy for The Ultimate Fighter. It’s possible that any future seasons could have far more successful premiers, and that this current season does much better over the next few weeks. That said, the numbers don’t lie. Less and less people seem to be watching the UFC’s long running reality show.

Why do you think TUF viewership numbers are plummeting so severely? Did you watch the first episode of TUF 25? Sound off, PENN Nation!