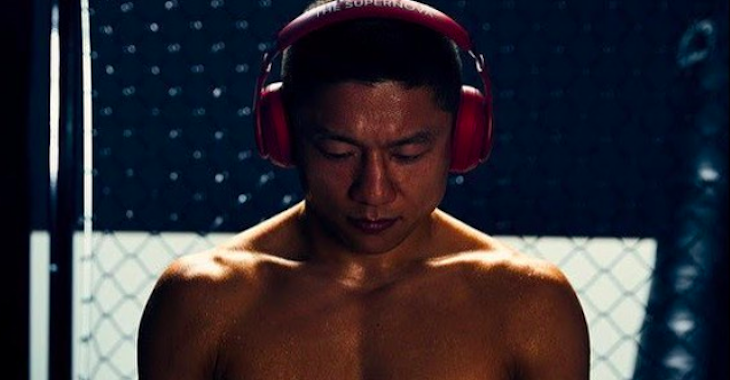 It’s hard to argue that there is a fighter that has been more impressive than Kyoji Horiguchi in their post-UFC career. Since losing for only the second time in his career to UFC flyweight king, Demetrious Johnson, Horiguchi has rattled off nine straight victories with five finishes in a row(4 KO/TKO, 1 submission).

More impressively, those recent five have been at bantamweight rather than his UFC divisional home of 125 pounds. And now it looks like Horiguchi plans on impressing in even more ways as BJPenn.com’s own Jason Kindschy is reporting that Rizin is planning for Horiguchi to enter their kickboxing Grand Prix with the hopes of him and Tensin Nasukawa facing off.

I was just told that @rizin_PR is rumored to be booking @kyoji1012 for their kickboxing Grand Prix in September. Ideally leading to Kyoji facing @TenshinNasukawa at some point in the bracket. That would be INSANE! @bjpenndotcom @bjpennradio #RIZIN #TheFightersVoice

I was just told that @rizin_PR is rumored to be booking @kyoji1012 for their kickboxing Grand Prix in September. Ideally leading to Kyoji facing @TenshinNasukawa at some point in the bracket. That would be INSANE! @bjpenndotcom @bjpennradio #RIZIN #TheFightersVoice

For those unaware of Nasukawa, he’s a 19-year old Japanese prodigy with a 4-0 MMA record along with an insane 26 fight unbeaten streak in kickboxing. He last competed at Rizin FF 10(as did Horiguchi) where he won via insane rolling thunder kick knockout.

As for Horiguchi, his recent win at Rizin 10 was equally impressive as he starched the once worldwide top flyweight, Ian McCall in just nine seconds.

After his win over McCall, Horiguchi called out Nasukawa specifically whereas Nasukawa asked for a kickboxing tournament. And it looks like Rizin plans to make fulfill both of their highlight reel fighters’ requests.