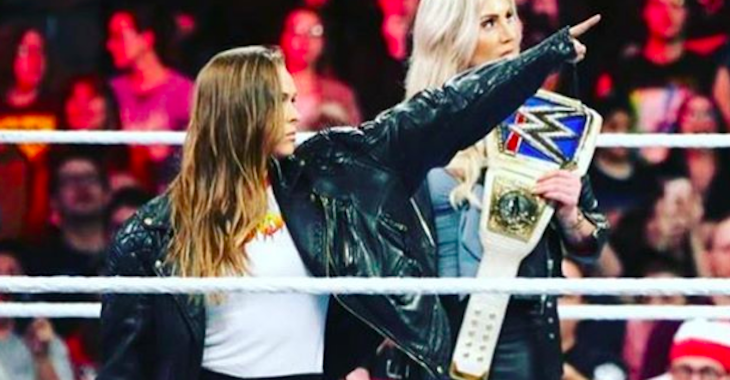 In the midst of last night’s Royal Rumble event, we learned that former UFC women’s bantamweight champ and WMMA trailblazer Ronda Rousey had signed on as a full-time wrestler.

Unsurprisingly, this news drove the combat sports community into an absolute frenzy. Here’s how people on social media reacted to this huge news:

Everyone’s eyes are on #WrestleMania 34…

Great to be here tonight to support my friend @RondaRousey! Once again making history! pic.twitter.com/oQBty97Y50

The @WWE Women’s division is where EVERY woman in sports and entertainment wants to be. Congratulations to every woman in the #RoyalRumble Match and @WWEAsuka for her victory. And as for @RondaRousey…. #ToBeTheWoman

The jacket Ronda Rousey is wearing at the @WWE Royal Rumble was Rowdy Roddy Piper’s jacket. His son gave it to her beforehand.

Best of luck to the @RondaRousey https://t.co/rCwAUeGn3i

Ronda to the @WWE is a natural move. Wish her well.

So hard not telling these boys what was going on!! @rondarousey I absolutely love seeing that smile on your face!!! Your boys are very proud of you!!!

Are you excited to watch the next phase of Ronda Rousey’s career as a pro wrestler? Join the conversation in the comments section.