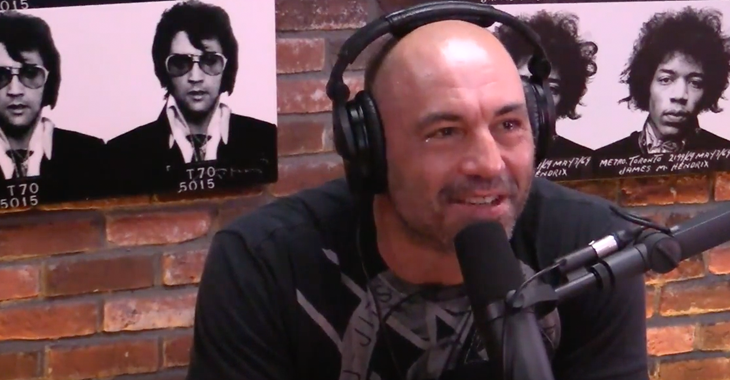 To close out 2016, former UFC women’s bantamweight champion Ronda Rousey made her highly anticipated return to the Octagon over a year after losing her championship belt when she was knocked out by Holly Holm in the main event of UFC 193. Unfortunately for Rousey, after months of buildup leading to her return, it took just 48 seconds for bantamweight champion Amanda Nunes to defeat Rousey, picking up a quick and devastating TKO win over the former champ.

Following the fight, there was much speculation as to whether or not Rousey would return to the Octagon. It didn’t take long for the former champ to break her silence as she revealed that she would be taking some time to process the loss before she made any decisions about her future in the sport. With that being said, that hasn’t stopped members of the combat sports community from discussing what they think could be next for Rousey. On a recent episode of The Joe Rogan Experience, Rogan discussed another potential Ronda Rousey return, saying:

“I don’t think she is (going to fight again),” Rogan said on a recent edition of “The Joe Rogan Experience” podcast. “Amanda Nunes is a very, very dangerous puncher. She kicks and punches so (expletive) hard, and she has long arms. She puts you on the end of those long punches, and she dinged Ronda very early in the fight, and you could tell she was rocked.”

“If she does, she should come back in a calculated manner,” Rogan said. “Don’t just rush in and fight for the title like she did. I think that’s crazy. Taking a year off taking a head kick getting knocked out – where’s your head at? Was she 100 percent committed to this as far as training for the entire time off, or did she just get in really good shape over the last few months and had she been training at all before then?

“You’d have to ask her and answer all those questions, but if she doesn’t want to be fighting, she shouldn’t be fighting.”