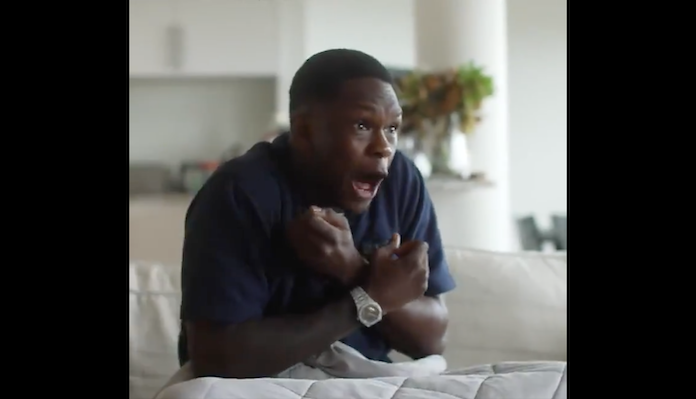 The mind games of Israel Adesanya continue after he showed off an NFT chain that showcases his knockout win over Robert Whittaker.

Tomorrow night at UFC 271, Israel Adesanya will attempt to successfully defend the UFC middleweight title for a fourth time as he prepares to take on Robert Whittaker. In their first showdown, back at UFC 243, Adesanya managed to knock Whittaker out – claiming the undisputed gold in the process.

It was an incredibly impressive performance from “The Last Stylebender” and in order to commemorate it, the champ has decided to turn the highlight reel KO into an interactive NFT chain.

Israel Adesanya got an "NFT chain" with his knockout of Robert Whittaker from their first fight ahead of the rematch at #UFC271 🤣🤣🤣 pic.twitter.com/iiQ6LO8RjE

For weeks now we’ve heard Adesanya ramping up the trash talk but in the last few days, in particular, he seems to be trying hard to get “Bobby Knuckles” to crack – in a similar way to how he did in October 2019.

Alas, the mental fortitude of Whittaker seems to be stronger now than it has been in a long time, and it’s no surprise that it comes after three big wins. His successes over Darren Till, Jared Cannonier and Kelvin Gastelum gave fans food for thought regarding what a rematch between these two middleweight titans would look like.

Adesanya has had his fair share of joy recently too with victories over Yoel Romero, Paulo Costa and Marvin Vettori.

The NFT craze is gaining momentum with each and every passing day and the 185-pound king clearly wanted to get in on that, but if anything, we’d expect this to motivate the former champion even more as we get closer and closer to fight night.

Do you think Israel Adesanya is working harder than ever to play mind games with his opponent? What are your thoughts on how the rematch against Robert Whittaker will go? Let us know your thoughts down in the comments, BJPENN Nation!