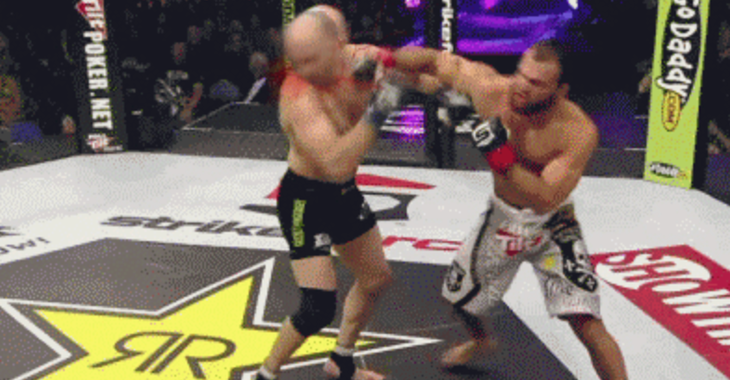 An edited animated GIF of Robbie Lawler’s fight with Matt Lindland back in 2010 in Strikeforce has been trending on the Internet. It displays Lawler landing a vicious combination on Lindland edited, punching Lindland’s head straight off his body that drops to the floor.

Of course, this isn’t exactly how their fight went, but fans are absolutely loving it.

Robbie Lawler is coming off a five-round round war with Carlos Condit where he took a very close split-decision win over Condit. In a battle that set the mark for “Fight of the Year,” perhaps a fight with an even bigger draw could be in the distance with Conor McGregor eyeing the matchup.

Who do you think takes the welterweight title fight between Robbie Lawler and Conor McGregor? Share your pick with us in the comments!