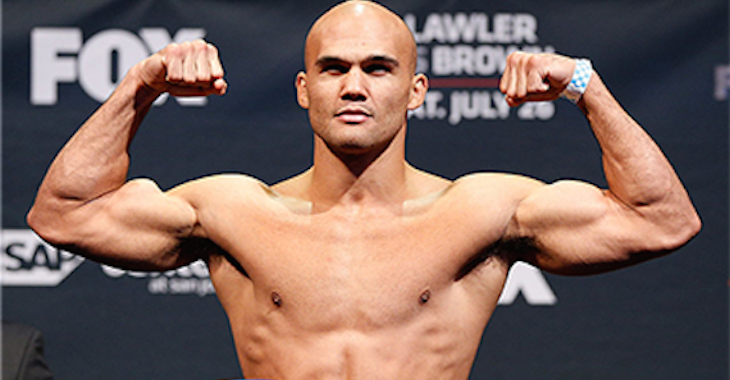 Although Robbie Lawler was defeated by Nick Diaz back in 2004, the UFC welterweight champion isn’t looking to get revenge on Nick Diaz by fighting his younger brother Nate.

Ahead of Lawler’s UFC 201 title defense against Tyrone Woodley on July 30th, the welterweight champ explained to MMAJunkie why he doesn’t want to fight Diaz, even if he defeats Conor McGregor for a second time at UFC 202.

“Nate’s not one of the guys I’m looking to fight,” Lawler said. “He did something amazing in March, and I cheered him on. Nate’s carrying the flag for a lot of fighters. I feel like he’s an old-school type of guy, and I’m not looking to fight him.”

So far there has been no word yet on whether or not Diaz will look for a welterweight title shot if he defeats McGregor on August 20th, or if he will drop back down to lightweight.