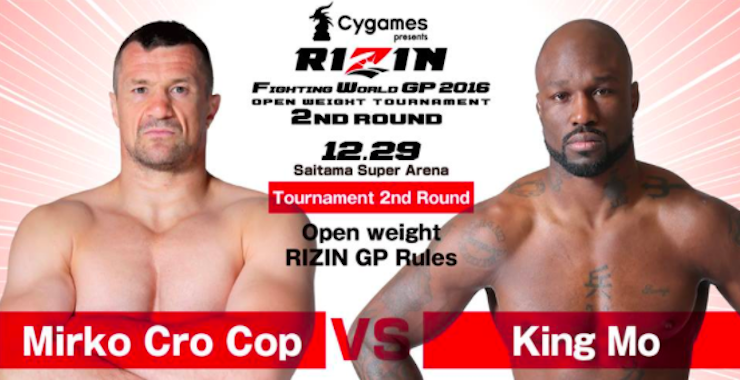 To the elation of fans everywhere, Rizin stacked this tournament with big names, as Pride legends Mirko “Cro Cop” Filipovic and Wanderlei Silva and even retired former UFC interim heavyweight champion Shane Carwin were pencilled into the brackets. Unfortunately, several of these names have been forced to withdraw from the rapidly approaching tournament.

The first fighter to withdraw from the tournament was Wanderlei Silva. The Brazilian withdrew from his planned trilogy fight with Cro Cop earlier this month, generating a venomous response from his Croatian rival as he did. Regrettably, it now sounds that Carwin has followed in Silva’s footsteps and withdrawn from the card.

This unfortunate news was first reported by BloodyElbow.com. At this stage, it’s not clear why Carwin has withdrawn from the event. What we do know, however, is that Carwin will be replaced by Heath Herring, a veteran of the UFC and Pride heavyweight divisions. Like Carwin, Herring has been enjoying a retirement for MMA, though his has been much longer. When we last saw him in action, he gave up a decision to Brock Lesnar at UFC 87 in August of 2008. He will take on Carwin’s originally scheduled opponent, undefeated Iranian wrestler Amir Aliakbari, in the quarterfinal round.

Silva, meanwhile, will be replaced by former Strikeforce light heavyweight champion and current Bellator star Muhammed “King” Mo Lawal. Lawal has plenty of experience in the Rizin ring, having won the organization’s first openweight grand prix last year. Since winning this tournament, he gave up a decision to current Bellator light heavyweight champion Phil Davis, and scored a decision over Japanese star Satoshi Ishii in his most recent bout. He’ll now take on Cro Cop in the grand prix’s quarterfinal round.

The winner of King Mo and Cro Cop will take on the winner of “Baruto” Kaido Hoovelson and Tsuyoshi Kosaka, while the Herring and Aliakbari winner will battle the winner of a Valentin Moldavsky vs Szymon Bajor bout.

Are you still excited for the Rizin Grand Prix? Sound off PENN Nation!