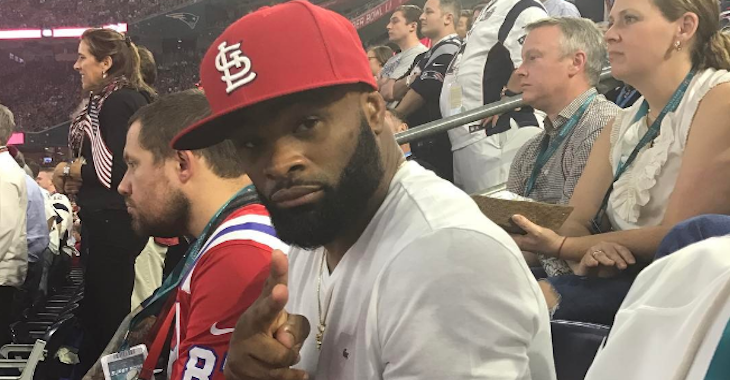 On Saturday night, the UFC touched down in Houston, Texas with an exciting night of mixed martial arts action.

In the evening’s main event, we saw “The Korean Zombie” Chan Sung Jung mount a successful comeback after three years away from the sport, knocking out a game Dennis Bermudez in the very first round. Elsewhere on the card, we saw Felice Herrig score an upset win over the previously unbeaten Alexa Grasso, James Vick score a late submission over Abel Trujillo, Volkan Oezdemir and Marcel Fortuna score big wins over established UFC names, and Jessica Andrade earn a strawweight title shot with a thrilling defeat of Angela Hill. Yet by Sunday night, pretty much nobody was talking about this exciting card.

That, of course, is because the Super Bowl was touching down in Houston’s NRG Center. This year, the big game pitted the New England Patriots against the Atlanta Falcons – and it turned out to be an absolutely unforgettable night.

Though the Falcons started strong, the Pats were ultimately able to rebound from a massive, 25-point deficit to capture the win in overtime – which marks the first time ever a Super Bowl has gone into overtime. Having led the Pats to this epic comeback win, star quarterback Tom Brady now owns a whopping fifth championship ring.

Just like they are when there’s a big fight on, many members of the MMA community were glued to their screens for this massive game. Here are some of the best reactions to the Falcons’ early lead, the Patriots thrilling comeback and eventual win, and Brady’s ever-growing ring collection.

For real 😂 (via @WORLDSTAR) #SuperBowl pic.twitter.com/5ZBpJBH5sc

This is where you reset Madden! #SuperBowl

Time to #RISEUP!!! Man, what a performance so far by the #Falcons. Still another half to go tho

Veintiuno (21-0) New England pass the controller.. Lol Y'all remember that rule in Madden?#SuperBowl

Current mood:
The only one out of all my friends to put money on Atlanta #superbowl #wegoinsizzler #dirtybirds pic.twitter.com/v9soqU71LM

#stephengostkowski was looking back like they have him the deflated football for that extra point after he missed…. lol #SuperBowl

Oh here comes the come back!

Why the #Falcons not killing the clock with 20 sec to hike the ball?? Yall not losing. Need to seal the deal, and give the no time to Pats!

Wicked with the catch! #SuperBowl

I'm not sure what is going on, but #Falcons PLEASE keep it together. 3.5 min of focus. Let's go!! (I just don't want the Pats to win again)

Of course the pats are making a comeback … wtf else is Tom Brady supposed to do besides win?

Never had a doubt.

Just won an easy $1000 from @Artj97. Big thank you and congratulations to the New England patriots

Smh these boys can mess up a wet dream 😂

Anyone check the pressure of those footballs in the second half? 😏#SuperBowlLI #ThugjitsuThoughts🤔

My wife wanted to leave in the 3rd quarter and I told her we were still in it… I would have never forgiven her if she made me leave.

Who were you rooting for in this year’s Super Bowl? Sound off, PENN Nation!