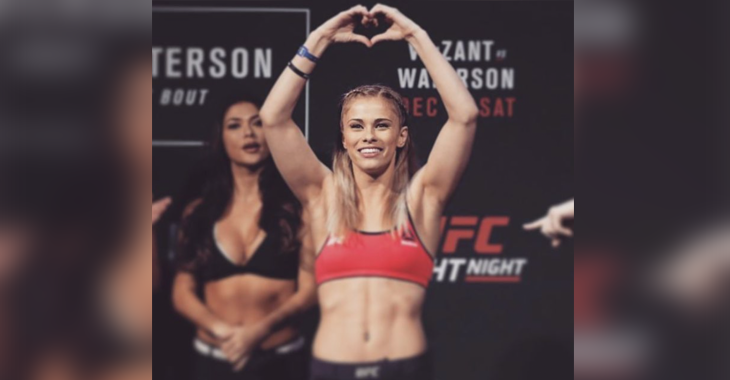 The popular UFC women’s flyweight fighter announced on Twitter that “she said yes” to her boyfriend Austin Vanderford.

That’s right folks, Paige VanZant is getting married! Check it out.

The 23-year-old, Paige VanZant (7-4 MMA), was most recently seen in action at UFC Fight Night 124 where she suffered a decision loss to Jessica-Rose Clark.

PVZ’s most recent win came in August of 2016 when she scored a switch-kick knockout victory over Bec Rawlings at UFC on FOX 21.