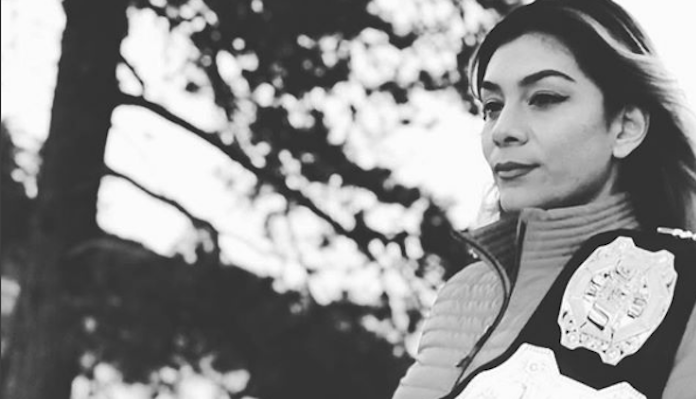 The life of a champion isn’t always the easiest. And for some, it can actually be a bit more stressful or annoying than it can be for others.

A prime example of this would be the UFC’s first and current women’s flyweight champion Nicco Montano.

Montano won the title through season 26 of The Ultimate Fighter which introduced the division to the UFC. Starting out as a big underdog in the show’s beginning as the No. 14 seed, Montano would go on to shock everyone as she won it all.

But her underdog status hadn’t stopped there despite proving herself as championship caliber. It was expected right after her victory that she would first be defending against a past bantamweight title challenger in Valentina Shevchenko.

Despite going into her title fight with an already bad foot injury, it only worsened throughout her five-round victory which would sideline her for several months. During this time, she would also receive constant berating from fans on social media about how Shevchenko was going to ‘destroy’ her and things alike.

As a proud Najavo native, Montano insists it’s nothing new for her as she told BleacherReport.

“So much of what I represent metaphorically and physically is about being the underdog and coming out on top. It’s having those obstacles to overcome with everyone thinking ‘she’s going to lose.’ Then changing everybody’s minds and changing beliefs. A lot of indigenous peoples have seen that and felt it firsthand.

When I got the belt, I wanted to be shining a light on my native culture. Like, this is truly my motivation and truly where my mind is. When I fight, it’s so I can have a voice for them.”

Going back to the annoying or stressful parts of being a champion, Montano gets it in more ways than just being treated as the underdog.

With the spotlight now on her and as she tries to represent her people, stereotypes will always follow. Which she does her best to correct when given the chance.

“They think we live in buckskin and teepees. It’s 2018 and there are still people who ask that question.

Montano continued on about the topic when speaking at the UFC 228 media day today (via MMAFighting). “Navajos don’t wear headdresses, A… B, let’s not push me into becoming a stereotype, you know? But it was all just because a lot of people don’t know. They don’t know the traditions and the cultures of native Americans here.”

Montano will look to successfully defend her title for the first time this Saturday in the co-main event of UFC 228 against the previously mentioned Shevchenko.