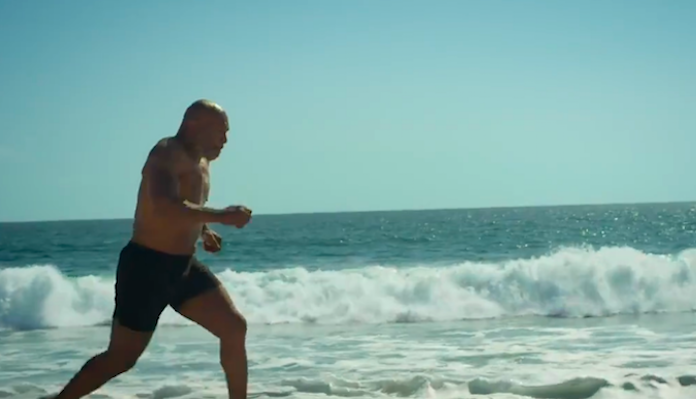 Yes, you read that headline correctly. On Wednesday, Discovery announced that its popular Shark Week programming will be headlined by a battle between boxing legend Mike Tyson and a great white shark.

Who you got in @MikeTyson vs. Jaws?

Mike Tyson, currently 54 years old, recently shocked the combat sports world by announcing plans to fight again. Since his comeback announcement, he’s been linked to fights with the likes of Evander Holyfield, Tyson Fury, and Wanderlei Silva, but nobody could have anticipated that his first fight back would pit him against a 15-foot aquatic predator with 300 teeth.

In a press release announcing this bizarre battle, billed as Tyson Vs. Jaws: Rumble on the Reef, Tyson claimed that this shark fight, which has seemingly already been filmed, was a way for him to warm up for his return to the ring.

“I equate this with overcoming my fear of getting back into the ring at 54 years old,” Tyson explained (via Complex). “I learned from this experience doing Shark Week that whatever intimidates me, I am still able to step up to the challenge of overcoming anything that would prevent me from accomplishing my life’s mission of reaching my highest potential in life and bringing me closer to God.”

“With famed ring announcer Michael Buffer calling the shots, these two heavyweights will square off underwater, where Mike Tyson will try to score a TKO over the massive shark … all in the name of research,” Discovery said in the release. “And don’t worry, no sharks were harmed (or bitten) in the making of this episode.”

While Discovery claims Tyson is fighting a shark in the name of research, animal rights activists will no doubt have some questions about this strange showdown—although Tyson is probably the one we should be worried about this time around.