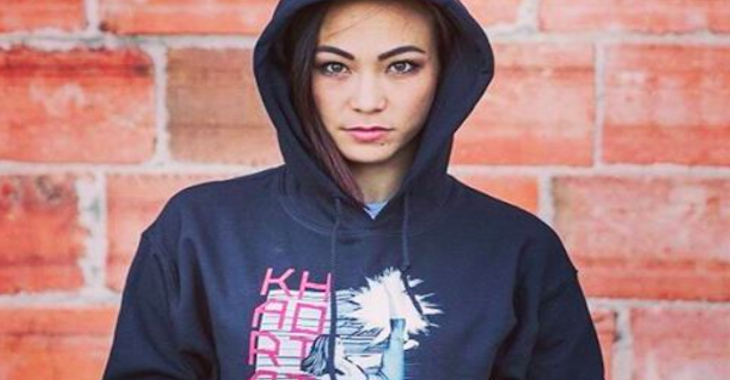 Last night, in the co-main event of UFC on Fox 24, fan favorite strawweight “The Karate Hottie” Michelle Waterson stepped onto the canvas with the ever-dangerous Rose Namajunas. Had she won this fight, she likely would have earned herself a shot at the winner of Joanna Jedrzejczyk and Jessica Andrade’s strawweight title fight, which is scheduled for UFC 211 this May 13.

Regrettably for Waterson and her legions of fans, it was simply Namajunas’ night.

The trouble began after Waterson had a throw reversed by Namajunas, and ate a handful of cracking elbows as a result. The adversity then continued into the second round, when Waterson was dropped by a blistering Namajunas head-kick, and finished off with a choke.

With this result, Namajunas can now look forward to the next title shot, while Waterson will be forced to return to the drawing board.

Waterson’s return to the drawing board began with a statement to her fans, which she posted to her official Instagram page on Sunday morning.

‘Couple of bumps and bruises but I’m healthy,” Waterson said in her post. “A sleepless night trying to breakdown my fight. I know it was the little things that cost me, and at this level it is the little things that count. The reason I love to fight is because it keeps me honest with myself. I know what I am capable of… Time to get back to work. Thank you everybody who supports me throughout my journey.”

This loss to Namajunas marks Waterson’s first in the UFC, and her first since she surrendered the Invicta atomweight crown to Herica Tiburcio in December of 2014. With this defeat, her overall record falls to 14-5.

How do you think Michelle Waterson will bounce back from this loss to Rose Namajunas? Sound off in the comments section, PENN Nation!