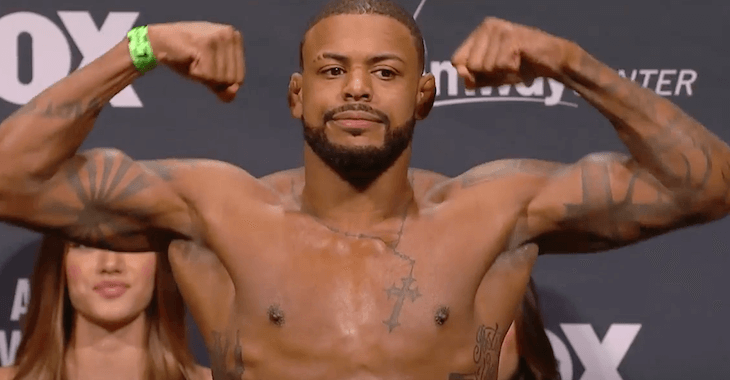 The fight is a pivotal one for both men. Poirier will enter the bout on a 4-fight win streak that has seen him take the lightweight division by storm. After being TKOd by Conor McGregor on the main card of UFC 178, Poirier made the move to lightweight. Since making the move he has been on a tear, most recently defeating Bobby Green via 1st round KO.

On the other hand, #11 ranked lightweight Michael Johnson is in a must-win situation. After controversially having his 4-fight win streak snapped by losing a narrow split decision to Beneil Dariush back in 2015, Johnson was picked apart by UFC superstar Nate Diaz, who ultimately won a unanimous decision.

When Johnson and Poirier meet in the Octagon Saturday night, Johnson believes Poirier should be fearful of a desperate man:

“In this fight I’m considering myself a desperate man. Coming off of 2 losses I have so much to prove this fight. I just want war. I’m ready, I’m hungry. I want blood. You don’t really want to go against a desperate man who has nothing to lose because he’s very dangerous.”

“In this fight I’m looking to prove to myself that I am the best in the world. I have a different mindset going into these fights now. It’s going to be so much more aggressive, just like I was in the very beginning of my career. I don’t go home to a loving family like he does, I go to the gym, when I go home I’m thinking about Dustin Poirier. The night of that fight, there’s going to be violence.”

Which man leaves Hidalgo with a win? Give us your predictions below PENN Nation!