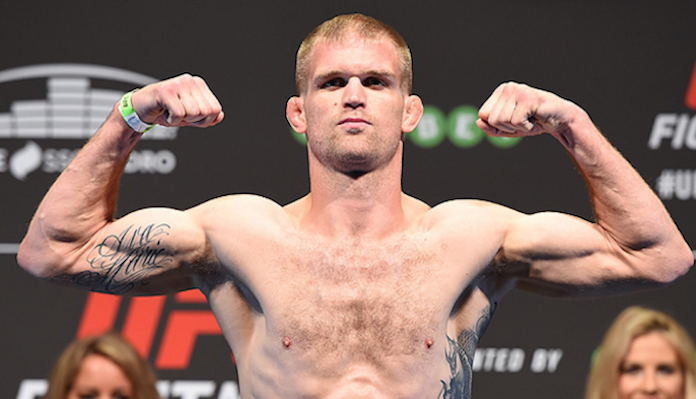 Once a fighter, always a fighter. That statement rings true for lightweight veteran Evan Dunham, who will be returning from his short-lived retirement to fight Michael Johnson.

In 2018, Dunham announced his retirement plans following his UFC Sao Paulo bout against Francisco Trinaldo. He shared the news on Instagram.

“September 22 will be my last fight” Dunham said in his Instagram post. “I can retire from the sport that I love with my head held high. I know that I never held anything back while in the cage and September 22 will be no different. My goals and priorities have shifted throughout the years and I am ready to concentrate on building my gym, as well as any new opportunities that come my way.

“I have gone toe 2 toe with many of the worlds best competitors and I am truly grateful for this. My passion for Jiu Jitsu will continue to be a driving force in my gym and at select Jiu Jitsu competitions.

“I want to thank my family, friends and fans for all of your support throughout the years.”

“Evan Dunham is coming out of retirement to face Michael Johnson at UFC Fight Night in Lincoln, Nebraska on April 25 at lightweight.”

Evan Dunham is coming out of retirement to face Michael Johnson at UFC Fight Night in Lincoln, Nebraska on April 25 at lightweight.

His upcoming opponent, “The Menace” is a seasoned professional with 34 fights to his name. Both fighters are coming off two consecutive losses, but have undeniably fought some of the toughest opponents on the 155-pound roster. Even though Johnson has lost almost half of his bouts, he has faced elite athletes including current lightweight champion Khabib Nurmagomedov. He has victories over fighters such as Edson Barboza, Dustin Poirier and Tony Ferguson.

The lightweight prospects will go head-to-head at UFC Lincoln on Saturday, April 25. The fight card is currently headlined by a light heavyweight clash between Glover Teixeira and Anthony Smith.