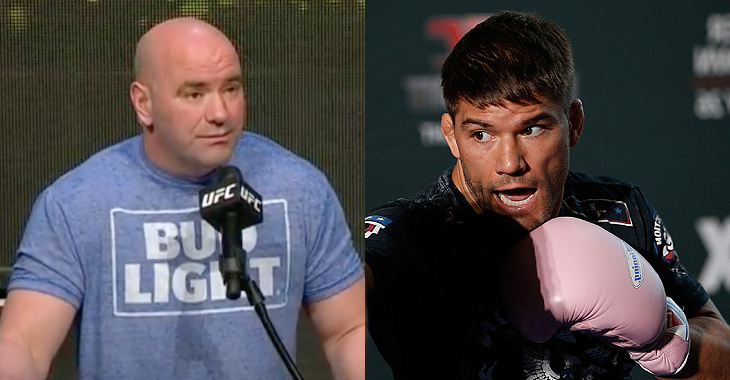 When news broke this week that Long Island native Al Iaquinta wouldn’t be fighting at Madison Square Garden for the UFC’s first event in New York City, no one had even realized that Iaquinta never even signed the bout agreement.

After asking his manager to negotiate his UFC contract to reflect his current position in the lightweight division, Iaquinta was essentially told to kick rocks. He appeared on Monday’s edition of ‘The MMA Hour’ revealing he was pursing a career in real estate, and didn’t appear to confident in the UFC paying him what he feels he has earned since debuting with the promotion back in 2012 and now on the heels of a four-fight win streak.

Josh Thomson spoke exclusively to BJPENN.com Rapid Fire and discussed Iaquinta’s predicament, one that seems to be more and more common since the Reebok deal began in late 2014.

“There’s nothing (Iaquinta) can do man. He just needs to fight out his fights (on his UFC contract) and when it comes down to signing a new contract (with the UFC), he should explore the free agency market. The free agency market is there, and I think that all fighters at least need to check out the market one time.”

“See what you’re worth, see what other promotions will pay you. That’s the biggest thing. I didn’t leave just because of the Reebok deal.”

“I left because they (the UFC) made all main event fights five rounds, if I’m fighting in title fights or main events, those two extra rounds whether it’s in the UFC or Bellator are knocking years off of my life just to fight. It’s time for me to make money.” “When you talk to any professional athlete, what’s the most important part of the contract? Guaranteed money! When I talked to Bellator and saw their guaranteed money, I knew (the UFC) couldn’t touch it. When someone tells you they will take care of you, don’t believe them. Just believe what’s signed on the contract.” Do you agree with Josh Thomson’s advice for UFC lightweight Al Iaquinta? Should ‘Ragin’ Al consider fighting out his UFC contract and testing out the free agency market? Sound off, PENN Nation!