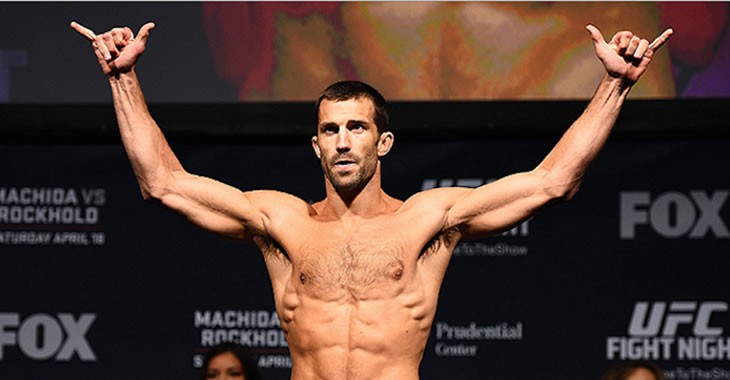 UFC 199 is rapidly approaching on June 4th. The event is an absolutely stacked one, and will be headlined by a middleweight title fight between Luke Rockhold and Chris Weidman as they have their highly anticipated rematch. I

In addition, Dominick Cruz and Urijah Faber will have their trilogy fight in the co-main event for the bantamweight title. Of course, there are several other high-profile bouts including Max Holloway vs Ricardo Lamas, Dan Henderson vs. Hector Lombard, and BJ Penn vs. Dennis Siver.

With the event a little over a month away, Luke Rockhold sporting a hinged knee brace in training is likely to worry some fans. Check out the photo below from the video of Daniel Cormier trying out Virtual Reality. It is important to note that Rockhold admitted that he had a tear in his MCL earlier in his camp, which he insisted wouldn’t be a problem.

Do you think the knee brace on top of the injury earlier in camp is cause for concern?