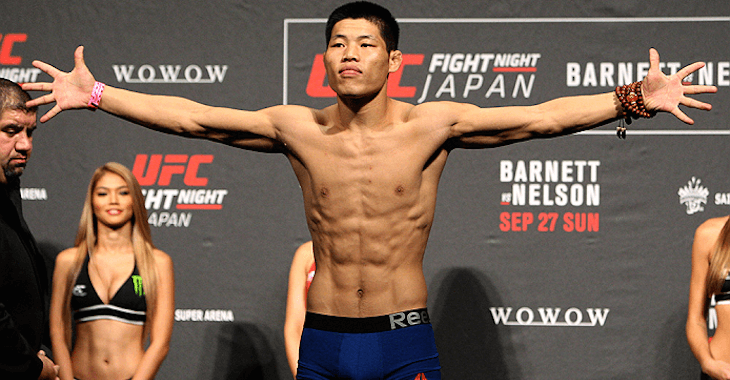 China Top Team’s Li Jingliang was notified that an out-of-competition sample collected on May 18th returned positive for a substance which has yet to be disclosed.

The UFC was quick to release a statement on the matter through UFC.com which read:

“The UFC organization was notified by the U.S. Anti-Doping Agency (USADA) that it has informed Li Jingliang of a potential Anti-Doping Policy violation stemming from an out-of-competition sample collection on May 18, 2016. USADA also informed the UFC that it initiated an investigation into the source of the prohibited substance detected in Jingliang’s sample prior to notifying him of the potential violation. Because of this investigation, USADA has not issued a provisional suspension against Jingliang at this time.”

Jingliang is 3-2 in his UFC career, with his most recent win being a highlight reel knockout over Anton Zafir at the TUF 23 Finale on July 8th.