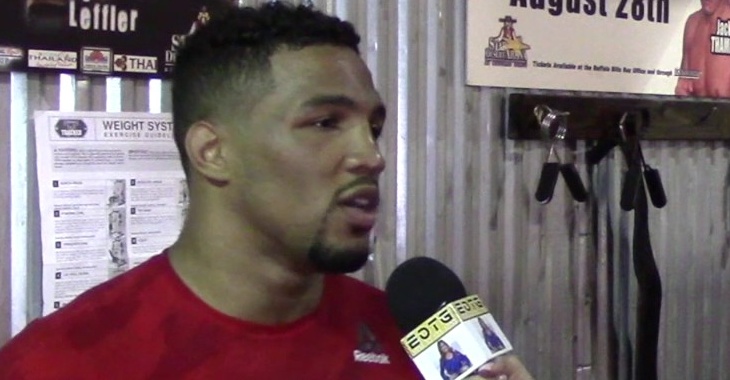 Violence, violence and more violence. If that’s the game then Justin Gaethje is the name! Gaethje was last seen in action when he took on former UFC and Bellator Lightweight champion, Eddie Alvarez at UFC 218 in what was a crazy fight to say the least. But that’s nothing new for the man known as “the Highlight”. Gaethje recently spoke about who he might like to fight next and one name that came to mind was that of recent title challenger, Kevin Lee. Today on Sirius XM’s MMA Tonight broadcast, “the MoTown Phenom” responded.

.@MoTownPhenom responds to @Justin_Gaethje's callout: "I like easy money. Justin likes to take a lot of damage. I like to give a lot of damage. It seems like a good matchup to me." @MieshaTate @realOCsports pic.twitter.com/5Y1z1DVgdd

“If it’s going to be against Justin, I like easy money,” Lee said. “Justin likes to take a lot of damage; I like to give a lot of damage. It seems like a good matchup to me, but I’m trying to look out for Justin’s health here. He needs some time, too. The man has taken a lot of beatings over the last couple months. I don’t think he wants another one right here, right now. And if he does, then so be it. But for now I’m taking my time.

I’m changing up my whole style, I’m changing up my team around me. There’s been a lot of things happening, especially at the end of this last year, unfortunately, that I’ve had to make changes. But it’s a new year. It’s a new start. When I come back the folks are going to see a new me. I’m still young in the game, and I’ve got a long time to go. I want to make the necessary changes to my camp. I just changed new management, too. It’s going to be a lot of big changes coming, and I think a lot of people are going to be excited about it. And I’m only going up from here, regardless of who it is against.”

Lee’s last fight came at UFC 216 in the main event when he fought Tony Ferguson for the interim Lightweight title. Unfortunately for Lee, he didn’t come out victorious but put up a much better effort than some expected him too. He did so all while having a gnarly staph infection on his chest as well.

Do you like the Lee vs Gaethje matchup? Who would win it?