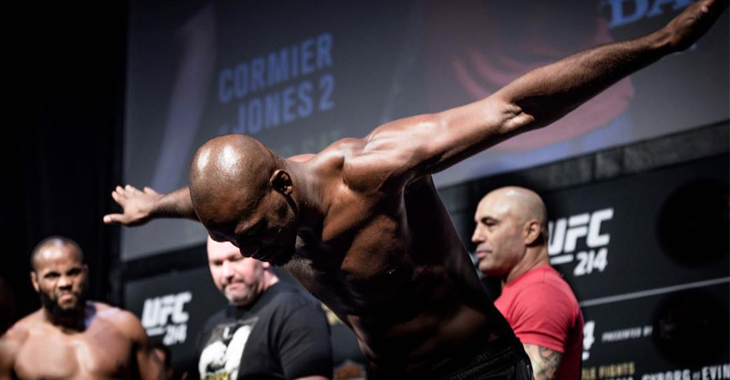 Some interesting news regarding Jon Jones and his positive steroid case came out today.

Jeff Novitzky, the UFC vice president of athlete health and performance was a guest on the Joe Rogan Experience podcast and stated some good news for Jones’ case saying that “at this point in the game with this type of information out there, it wouldn’t indicate intentional use.”

Although it’s hard to say what the California State Atheltic Commission (CSAC) and United States Anti-Doping Association (USADA) will determine as a sanction if given any when everything is said and done, Jones’ manager Malki Kawa tweeted on Wednesday something very hopeful for fans of “Bones.”

Kawa replied to Brandon Gibson, one of Jones’ coach’s tweets linking an article about what Novitzky said on Rogan’s podcast. Gibson tweeted, “I can’t wait for the return of the 🐐.” Kawa replied to Gibson’s tweet saying, “Coming soon 👀 #justwait4it.”

Novitzky stated that Jones was tested again after initially testing positive for Turinabol and test results came back negative, which indicates that the “prohibited substance entered his system sometime after July 7th or 8th and it was likely a pretty small amount and that it cleared his system pretty quickly.” Novitzky went on to mention on the podcast that Jones and USADA are still going through the due process and the two sides had a lengthy meeting one or two weeks ago and was told it was “productive.” However, Novitsky clarified that he was not given any details on what “productive” actually meant but assumed that it was an important step in the process.

What are your thoughts on the news coming from Jeff Novitzky regarding Jon Jones? What do you make of Malki Kawa’s tweet? Let’s discuss all this in the comment section!