Home » MMA News » UFC » Kelvin Gastelum explains why he decided to fight a... 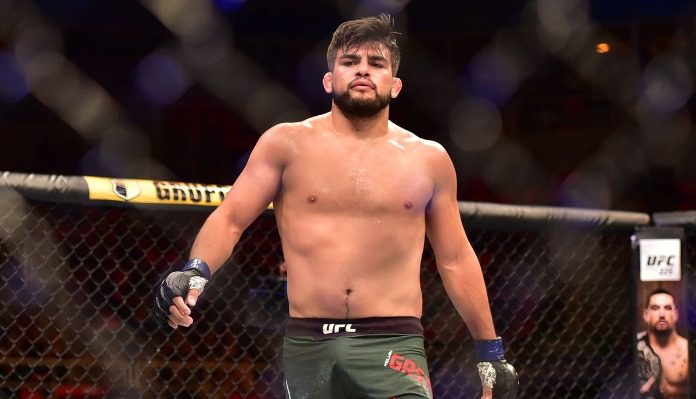 Kelvin Gastelum has explained why he decided to take a short-notice replacement t UFC 273.

Gastelum was set to face Nassourdine Imavov but the Frenchman had visa issues so the fight was off. It was then reported that Gastelum would be removed from the card and the bout with Imanov would be rescheduled. However, on Tuesday, it was revealed that ‘KG’ would now face unranked fighter Dricus Du Plessis, and the former TUF winner has a good reason why.

“It’s been a little bit of a rollercoaster. First, the fight was off is what I thought, and then we settled on rescheduling for May 7 in Phoenix, and so that’s what I thought was going to happen, and I was like, ‘All right, well, at least it’s a plus,” Gastelum said to The Underground. “I’m in Arizona for the first time in my UFC career. I’m fighting in Arizona, so that’s a plus.’ But then I was just kind of sitting back after a training session and I was like, ‘Man, I put in so much effort, so much time. I moved out here to Arizona for this, and like, I don’t want to let it go to waste,’ you know?…

Dricus Du Plessis is an opponent Kelvin Gastelum didn’t know much about, so he’s spent the last few days studying him. Following that diagnoses Gastelum says this fight is all about him. He’s now working at Fight Ready and the 30-year-old says he has gotten a lot better and he plans on showing that next Saturday as he views this as a career reset.

Do you think Kelvin Gastelum will beat Dricus Du Plessis at UFC 273?