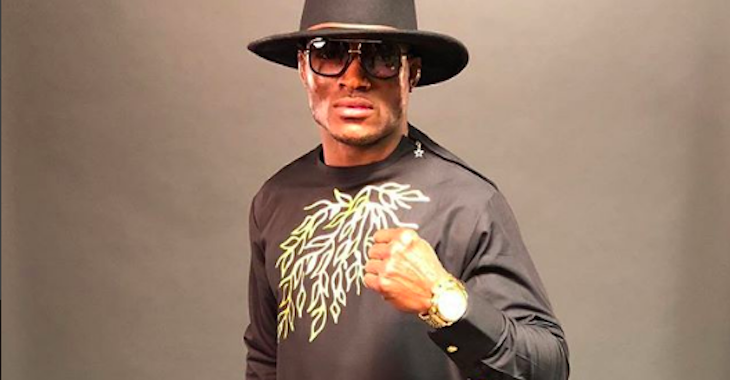 Last night, on the main card of the UFC’s anticipated debut in St. Louis, streaking welterweight contender Kamaru Usman wrestled a tough Emil Meek to a decisive unanimous decision win. In his post-fight speech, “The Nigerian Nightmare” explained that he’d executed this win at “30%”.

While Usman’s win was undeniably dominant, it didn’t do much to impress UFC President Dana White. White also didn’t like Usman’s 30% comment.

“I didn’t love that fight,” White said of Usman’s performance on the FS1 post-fight show. “Yeah, he’s a tough guy. Yeah, he can impose his will. But you don’t jump up and start acting like you knocked somebody out and say you only went 30%. So what’s that mean? What if you’re on pay-per-view? Do you use 60%?”

“It’s one of the most ridiculous things I’ve ever heard somebody say, and you’re getting booed out of the arena on top of it,” White said. “I don’t know. We’ll see what’s next for him.”

If Usman has his way, his next outing will be against fellow contender Colby Covington, who he called out post-fight. White, however, feels this callout might have been a bit premature.

“You just fought a guy who wasn’t ranked and went to a decision, and the people were booing you at the end,” White told MMAJunkie backstage after Usman’s win “I don’t think that’s the right time to call a guy out, when they’re booing you out of the stadium.”

Let me clear something up since some didn’t understand my post fight interview. What I meant was that I came into the fight at 30% health. I could’ve pulled out but I chose 2 stay the course & give @emilvalhalla his chance @ a top 10 guy. I fight anyone, anytime even at 30%.

What did you think of Kamaru Usman’s win over Emil Meek?