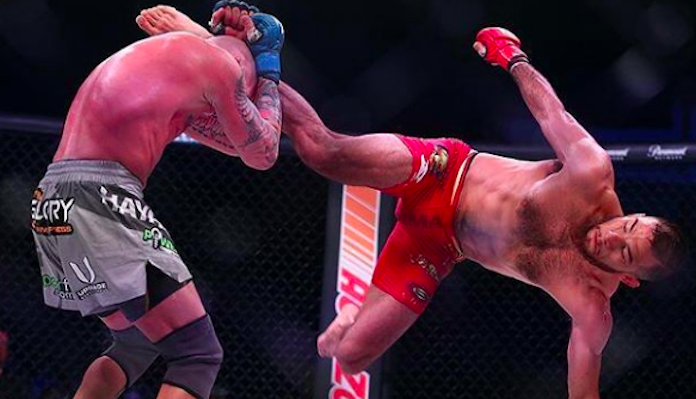 The fight began with an absolutely wild pace as both men were throwing bombs in hopes of scoring an early finish.

Archuleta landed a beautiful flying knee that staggered his opponent, but Peralta eventually recovered and continued to press forward with some wild strikes of his own.

Early in the fights third and final round Juan Archuleta was able to land a thunderous right hand that sent Peralta crashing to the canvas. From there, Archuleta would pounce on Robbie with some donkey kong style punches which prompted the referee to step in and call a stop to the contest.

Check out the wold finish below:

Featherweight @jarchmma goes full beast mode at #Bellator201 to get the finish and move his record to 19-1! pic.twitter.com/XE0KfuCBKu

Who would you like to see Juan Archuleta fight next? Sound off PENN Nation!