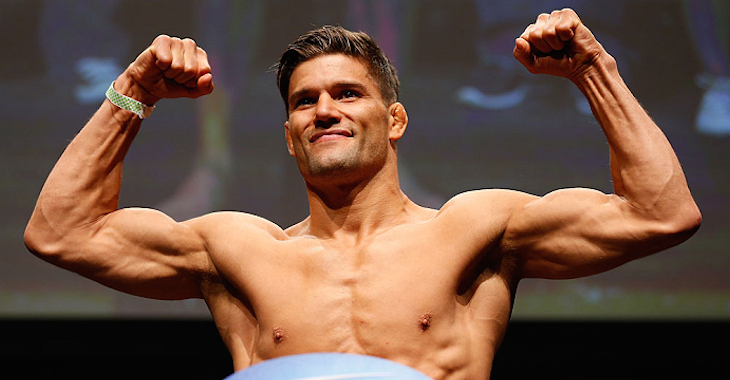 Bellator lightweight and former UFC lightweight title contender Josh Thomson was one of the first and highest profile fighters to jump ship from the UFC to Bellator last year. Now 2-0 in his new promotion, Thomson spoke exclusively to BJPENN.com Rapid Fire and discussed who he plans on fighting next and why:

“I think right now, I’m close to Scott  Coker and Rich Chou, and my personal opinion, I’m gonna fight the winner of Benson (Henderson) and Michael Chandler, probably in San Jose sometime around February or March (2017). Then probably that same night (Bellator) will hold a four or six man tournament at lightweight. I know we have a lot of talent in lightweight division. The fans will see me fight the winner of Benson and Chandler. I came over to Bellator to fight the best they have.”

When asked who he would prefer to fight between “Bendo” and Chandler, the former Strikeforce lightweight champion gave the following response:

“I’m more intrigued by the guy who brings in the most money (between Benson Henderson and Michael Chandler). No one even really knew who Chandler was until Benson and me came over (to Bellator). No one cared, no one cared about Bellator’s lightweight division. Now that Benson and I are here, there’s a lot more hype about the lightweight division and the organization in general. If chandler has a great performance, he will be the ticket, for me to draw in more fans to watch. If he doesn’t beat Benson, people will remember my close fight with Benson.”

“I’d rather fight the bigger draw. I can’t really predict that fight. All I know is one of them is gonna fight me. I’m well rested, it doesn’t matter which one I fight. It just matters who puts on the better fight.”

“All of a sudden Chandler is seeing Bellator signing big guys like Benson and me. Now he’s looked really good. All we did was motivate him to rejuvenate his career. He got a good win over a guy he had a tough fight with before. This was a chance for him to show everyone how good he is. Now it seems like he’s pulled his head out of his rear-end and decided to start training hard.” Henderson and Chandler are set to fight on November 19, with Chandler coming off of a vicious first round knockout of Patricky Freire in a rematch of their 2011 Bellator 44 showdown.

Henderson debuted with Bellator at welterweight after a successful run at 170 pounds in the UFC. ‘Smooth’ dropped a decision loss to welterweight champion Andrey Koreshkov before going back to lightweight and picking up a win over Patricio Freire, who injured his leg in the second round of their Bellator 160 headliner.

Thomson and Benson Henderson fought before in 2014, where Thomson lost a close split decision to ‘Smooth’ in a fight where many believed Thomson had won.

Who would you rather see Thomson face, Chandler or a rematch with Henderson? Sound off, PENN Nation!