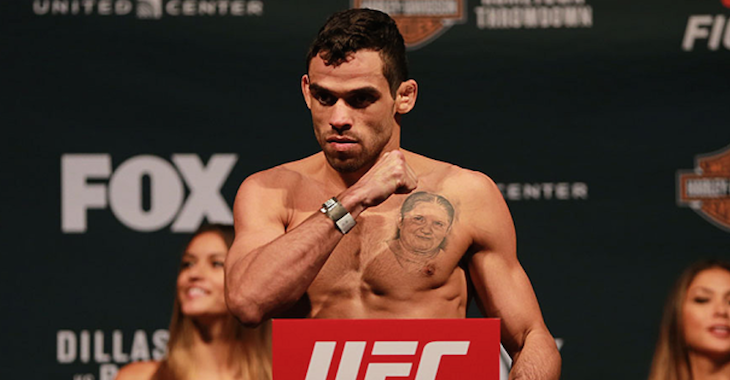 Now with Barao going up to the featherweight division, chances are that the two Brazilian teammates will have to face one another in the Octagon if they are both on the same path of becoming champions once again.

Barao spoke with Combate about if that fight will ever happen.

“Future will tell. I’ll speak with my team, because I’m not the only one who decides that,” Barao said (transcribed by Bloody Elbow). “I would have to talk to everyone, but that’s not something I’m thinking about now.

Barao says the cut to 135 pounds was too draining on him, and he will be faster and stronger at featherweight.

“That’ll be a great help,” Barao said. “I would drain myself too much and I would even lose my speed and my strength. I wasn’t getting my weight back properly. This time my recovery will be much better.”