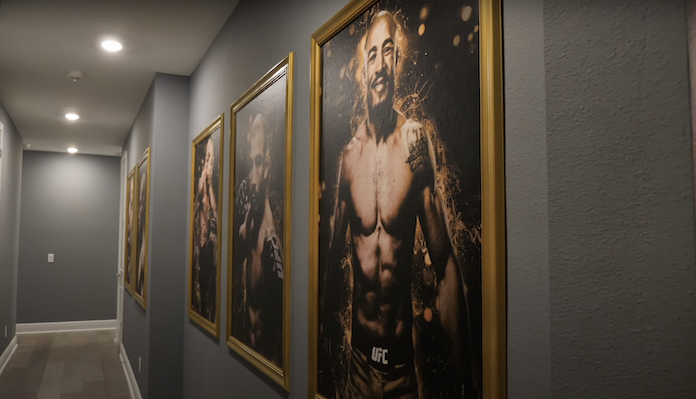 Aldo is coming off of a unanimous decision win over Marlon Vera last December, and he steps back into the Octagon this summer at UFC 265 when he takes on fellow Brazilian Pedro Munhoz in a key fight in the UFC bantamweight division title picture. Ahead of his upcoming fight, Aldo’s family posted a video of them showing off their new house in Orlando. Aldo is currently in Rio de Janeiro training with Team Nova Uniao ahead of the Munhoz fight, but his wife and daughter, along with their interior designer, showed off the house. The house is just as big as you can imagine and there are many bells and whistles.

Aldo has been one of the top MMA fighters on the planet for over a decade, so it’s nice to see that he has been making some good money over the years and was able to afford such a beautiful house for himself and his family. Aldo was the former WEC featherweight champion and the former UFC featherweight champion and he is still one of the top-10 bantamweights in the world, which is the weight class he currently competes at. Though Aldo was smashed by Petr Yan last year on Fight Island at UFC 251 in a failed bid to grab the belt, he bounced back nicely with the win over Munhoz and is right there when it comes to fighting for the belt at 135lbs. A win over Munhoz this summer at UFC 265 and Aldo should be right there when it comes to the title shot in the UFC bantamweight division.

Do you think Jose Aldo will be able to get past Pedro Munhoz at UFC 265 this summer?