UFC light heavyweight champion Jon Jones has issued a response to what appears to be a challenge from Boxing legend Mike Tyson.

Tyson had recently shared his thoughts regarding the ongoing pay disputes between the UFC and star fighters Jon Jones and Jorge Masvidal.

‘Bones’ and ‘Gamebred‘ of course have both requested to be released by the UFC, this following failed negotiations with the promotion.

Jon Jones was in talks for a super-fight with Francis Ngannou, however those discussions fell through after Dana White claimed ‘Bones’ was looking for “Deontay Wilder money”.

Meanwhile, Jorge Masvidal was looking to secure a welterweight title fight with reigning division champion Kamaru Usman for July. Unfortunately, the UFC was not willing to give the surging welterweight contender a pay increase for the contest, and thus negotiations fell apart.

Mike Tyson, who has stated in the past that MMA Fighters will never be paid as well as Boxers, recently spoke to Charlie Mack about the Jon Jones situation.

“Listen to this, UFC is more popular than boxing, right? Higher ratings, right?. But a UFC fighter will never be richer than a first-class fighter. To make a $100 million, Conor McGregor had to fight Floyd Mayweather. Jon Jones got to fight me if he wants to make some super money.” Mike Tyson suggested (via EssentiallySports.com).

This evening, Jon Jones responded to Mike Tyson’s comments with the following statement.

“I’ll box you in the ring if you promise to give me a real fight in the Octagon afterwards. And because I respect you so much, I promise I won’t break anything on you.”

‘Iron Mike’ announced his intentions of returning to the squared circle for some charity bouts earlier this year. 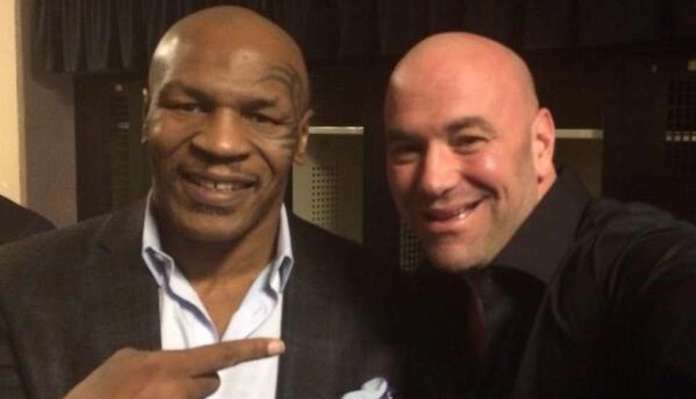 Since then the boxing legend has released some terrifying videos showcasing that he still possesses that raw power which some him claim the heavyweight world titles years ago.

As for Jon Jones, ‘Bones’ was most recently seen in action this past February where he scored a unanimous decision victory over Dominick Reyes to retain his light heavyweight strap.

What do you think of a potential super-fight between Mike Tyson and Jon Jones? Share your thoughts in the comments section PENN Nation!