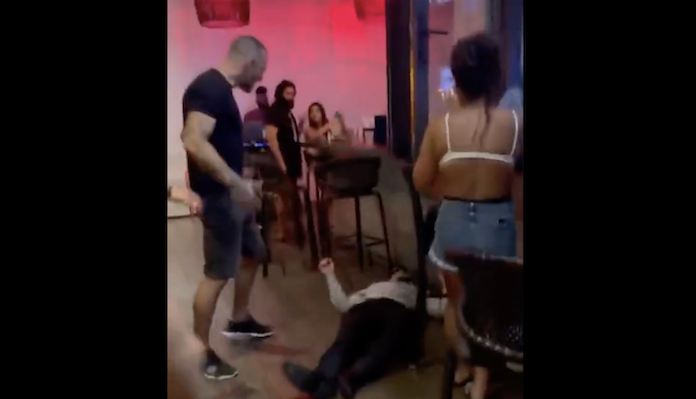 Justin Balboa has filed a lawsuit in excess of $30,000 after being knocked out by former kickboxing star Joe Schilling.

A few weeks ago video footage emerged of Balboa, who was clearly intoxicated, being knocked out cold by Schilling – a former GLORY and Bellator fighter. It had been rumored that Balboa was planning on pursuing legal proceedings regarding the case and now, as per MMA Fighting, that appears to have come to fruition.

Schilling and Bro Management Las Olas LLC have been named as co-defendants in this suit with battery being put down as the charge, whereas the bar is also named as a result of negligence.

His co-attorney Rich Conforti has provided the following statement on the matter.

This guy definitely had no clue who he was dealing with when he decided to flex on Joe Schilling.

“We’ve initiated the lawsuit, the defendants are in the process of being served,” Conforti said. “We believe Mr. Balboa has considerably high-damages claim for what has happened based on the actions of Mr. Schilling and the negligence of Bro Management.”

A B Square manager previously noted that “extremely intoxicated” Balboa had “possibly made an improper remark about the girlfriend/wife of the male who had struck him, which caused the fight to escalate.” He went on to say Balboa was a regular “who routinely causes problems at the establishment due to his intoxication level.”

What are your thoughts on this story and do you think Justin Balboa is justified in putting forward this lawsuit? Let us know your thoughts in the comments, BJPENN Nation!