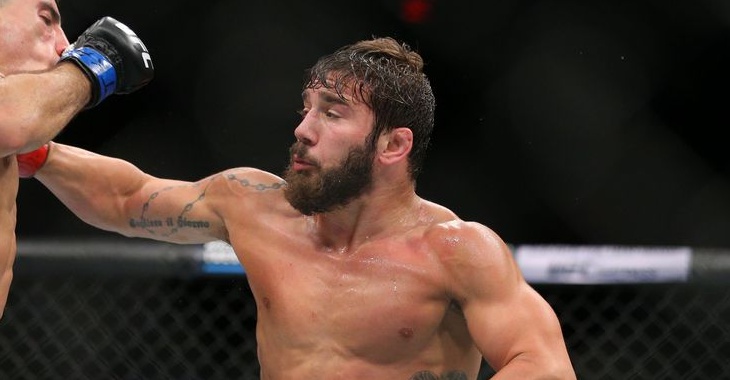 Originally, surging bantamweight contender Jimmie Rivera was expected to take on former champ Dominick Cruz at UFC 219 on December 30. Regrettably, though, Cruz was forced out of this fight with an injury. From there, Cruz was replaced my the ever-dangerous John Lineker. Yet once again, bad luck struck, as Lineker was forced out of the fight just days ahead of time.

With Lineker out, Rivera began a frantic search for a replacement opponent, having trained through Thanksgiving and flown to Las Vegas over Christmas. And while it looked like he might meet fellow bantamweight contender Marlon Moraes at a TBD catchweight, it now sounds as though that fight is off the table.

Barring a last-minute Christmas miracle, which appears extremely unlikely at this point, Jimmie Rivera won’t be fighting at UFC 219, I’m told. Stars couldn’t align as far as a replacement opponent is concerned.

Apparently, however, Moraes wasn’t the only fighter interested in stepping in against Rivera. Two-time UFC flyweight challenger and current bantamweight contender John Dodson also offered to step up.

All I want for #Christmas is for @JimmieRivera135 to stop dodging me for the 2nd time. He needs a fight & I’m ready to go #UFC219

That’s sad even when I said I’m ready and willing to go out there to fight. He’s crying about missing thanksgiving Christmas and his honeymoon for this card I’m ready to make it happen for @JimmieRivera135

While a John Dodson vs. Jimmie Rivera fight would certainly be an interesting addition to UFC 219, it’s probably too little too late at this point. Rivera seems to sense this, and looks ready to move on.

Who do you want to see Jimmie Rivera fight next?