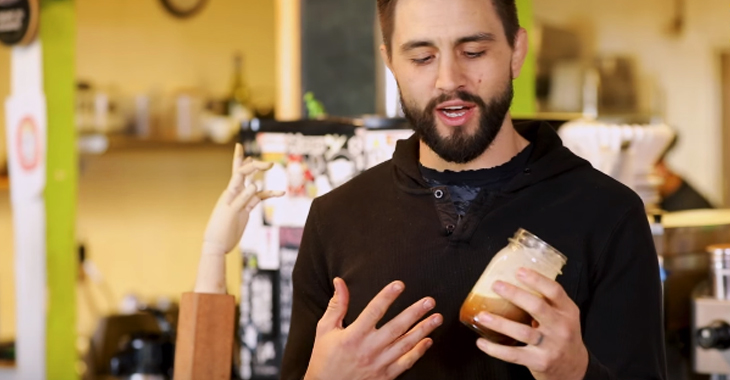 When Carlos Condit lost to Demian Maia back at UFC Vancouver last August, the ‘Natural Born Killer’ contemplated walking away from the sport. After a sabbatical and starting a new coffee business along with partners Ryan and Kaitlin Hoskinson, he’s ready to get back and brew up more violence. Although we may not see Condit in the UFC much longer, according to this conversation over breakfast with MMA Fighting’s photographer Esther Lin. Admitting he never had an exit strategy when he made the decision to be a professional fighter, one of the top welterweights in the world may have finally found one with Hundred Hands coffee.

“I don’t know. This [fight at UFC 219] might be a one-off deal. We’ll see. If I can get in there, get a big win, get a bonus, get some money to freakin’ get the coffee thing rolling and be a more substantial thing and like a source of income, this might be it. But maybe not, I don’t know. It’s a hard thing. Once you get a taste of all of it, the adrenaline, all of it, including the money, the pay days. [Fighting is] not an easy way to make money, but it’s the best way that I know to make money. So there’s that. It pays the bills.”

“Initially it was never about the money because there was no money in the sport. So I was kinda’ like, ‘Hey, I like to do this and this dream,’ I didn’t really have any plans. I was 16-17-18 years old. It’s almost like a rebellious thing. Like, ‘F-ck you, I’m not gonna go to school. I’m gonna go and be this f-cking cage fighter guy.’ So far it’s worked out in the sense that I’ve been able to make money doing it and been able to support a family. I bought the ticket to this ride a long time ago and it hasn’t quite stopped yet. Sometimes, even if you want to get off a ride, you may be done with it but it may not be done with you.” — Carlos Condit speaking to MMA Fighting’s Esther Lin.

If you live or just happen to find yourself in Albuquerque and you want to get your hands (pun intended) on Carlos Condit’s coffee, you can find it at a few places: 10th Planet Jiu Jitsu, Bar Uno, Desert Valley Brewing, Elevate PHW, Epiphany Coffee, Green Jeans, Satellite Coffee, and The Shop Breakfast and Lunch where this video was filmed. The most interesting place to grab Hundred Hands coffee by far though, is at Jackson Wink MMA Academy itself, where you can drink it straight from the tap. Regardless of your caffeine intake, fight fans will surely be buzzed to see Condit step back into the Octagon this weekend against Neil Magny.