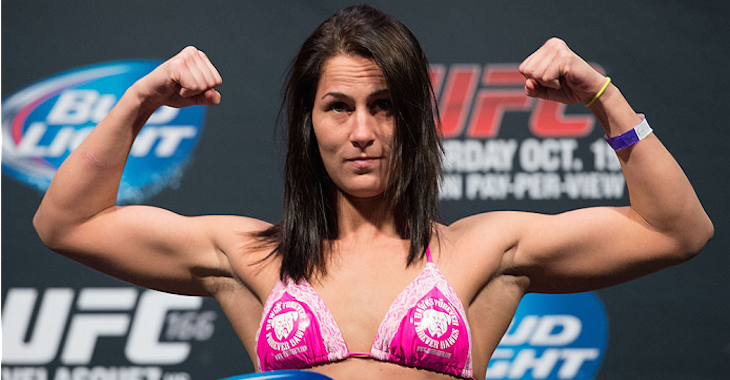 UFC 203 just picked up another bout, this time in the women’s bantamweight division.

#10 ranked Jessica Eye will face #11 ranked Bethe Correia in Cleveland in a pivotal matchup. Both women could find themselves in a win-or-be-cut situation.

Correia on the other hand will enter the bout on a 2-fight losing streak. The first loss came at the hands of former UFC women’s bantamweight champion Ronda Rousey at UFC 190. Her most recent loss however came at the hands of Raquel Pennington in the form of a split decision.

Me vs @bethecorreia here in Cleveland !!! Best place to get back on track .. #eyebelieve in #Believeland

Who do you see winning this bout? Sound off below PENN Nation!