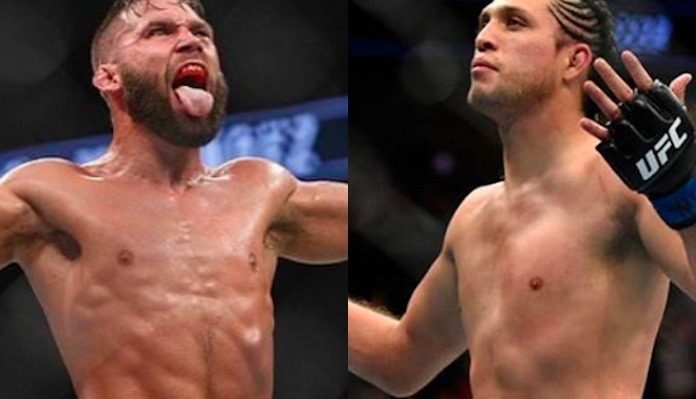 While Ortega has since explained his reasoning, Stephens still feels he was ducked by the undefeated contender.

Stephens gave his take on the situation on Monday’s edition of Ariel Helwani’s MMA Show.

“It’s really not my concern what that guy does,” Stephens said (transcribed by Adam Guillen Jr. for MMAMania). “I stepped up and he stepped back. It is what it is, what can I do about it? I don’t want to sit here and talk about the guy, I really don’t know him personally. I am willing to fight and all I know is that this is the third time that my name has been in his ear. He has seen me fight a lot, in the front row, and seen me knock a motherfucker out. I mean, you tell me.”

“Those are facts, bro. Deny all you want, he stepped back and I stepped up,” he added.

Stephens then added that, provided the UFC is willing to sacrifice his UFC Calgary fight with Jose Aldo, he’d be willing to fight Ortega at UFC 227 on August 4, or at UFC 228 on September 8.

“I told Dana [White, UFC President] that I will go to that [Ortega’s] mama’s house in L.A. and fight him in his front yard,” he said. “I’ll fight him August 4, why not? Jose Aldo lost two title fights, he is out [of the picture]. I’ve been in the sport 11 years, putting on dominant performances, why not give him to me right now? Let’s set it up for September 8.”

“This kid is ducking me,” he added, no longer pulling any punches. “Whether I fight Jose or not, they can pull me off this card and I will fight this kid in L.A. on August 4. I will go to his backyard, fight him there and pull his gangster card.”

Does a fight between Jeremy Stephens and Brian Ortega interest you? Perhaps even for the vacant title?